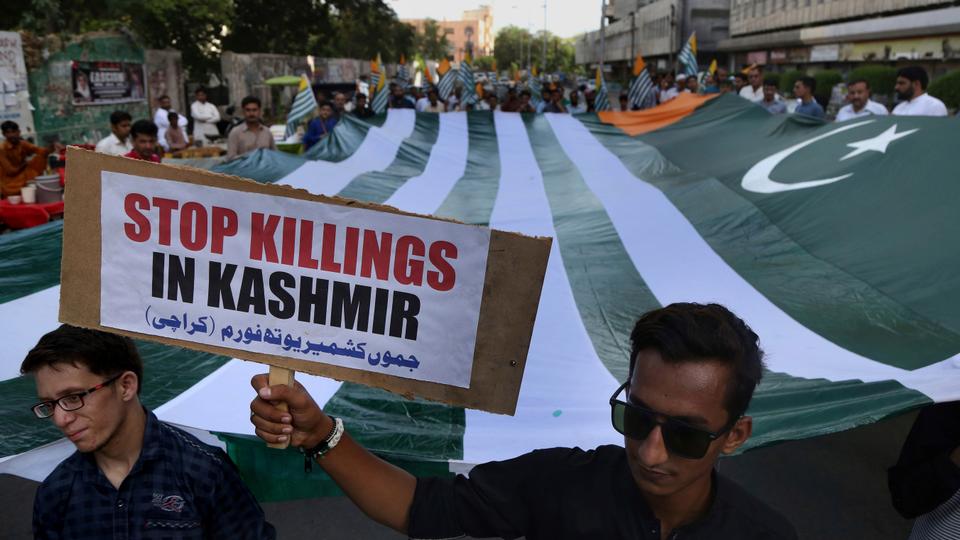 Shafaqna Pakistan:The sentiment that there is a ‘united Islamic front’ standing up for the welfare of Muslims needs to be retired – nothing could be further from the truth.

In 2008 at the Arab League summit in Damascus the former Libyan leader Colonel Moammar Gaddafi warned Arab League leaders that their countries would be next after the capture and hanging of former Iraqi President Saddam Hussein.

Indeed, it was a chilling prophecy that predicted Gaddafi’s demise and brutal killing. He had said that Saddam had fought America’s war against Iran’s Khomeini and then the US turned on him, and now the whole Arab and Muslim world was just a joke that went from one disaster to another.

As Libya teeters from a catastrophic civil war between various Arab states backing different proxies, the role of the Organisation of Islamic Cooperation (OIC) and Arab League stands in complete contrast to the pleas of various leaders of Muslim countries such Pakistan, Malaysia and Turkey.

The latest illegal annexation of the disputed territory of Kashmir by India shows there is no such thing as a ‘united Islamic front’. Furthermore, the Arab League and the Gulf Cooperation Council (GCC) have also resulted in more bickering rather than conflict resolution in the light of the ‘Arab Spring’ and the Gulf crisis between the Saudi led bloc against Qatar.

The Pakistani Foreign Minister, Shah Mahmood Qureshi bluntly said that Pakistan should not live in a fool’s paradise that anyone would support it at the UN. It could very much be the same in the OIC.

Saddam had warned before the invasion in 2003 that certain so-called Muslim and Arab neighbours were plotting to destroy Iraq. In a BBC documentary earlier this year, senior American officials admitted that Iran helped the Americans and British give crucial intelligence that led to the invasion and overthrow of Saddam in Iraq.

So, all the much-vaunted slogans of various Arab countries and Iran of helping the ‘Muslim’ cause are in name only, given how they have all actively helped facilitate the invasion of other Muslim majority countries.

Pakistan and its foreign minister rightly cry foul over Indian actions and atrocities in Kashmir – but that’s the same Pakistan that has actively ignored the alleged persecution of Chinese Muslims in internment camps.

In Al Jazeera documentary, many innocent Uighurs have protested how Pakistani authorities handed over hundreds to Guantanamo Bay without any evidence of them being linked to any militant groups. Pakistan, like Iran and many other Arab states, cannot hold a moral high ground when trying to play the Muslim card.

Similarly, when the Rohingya crisis was raging at its peak over the last two years, one of Pakistan’s most famous actors and social media stars, Hamza Ali Abbasi said that Pakistan should first grant its Rohingya refugees fundamental rights before it criticised Myanmar and others for their treatment of the Rohingya. He was referring to the thousands of Rohingya who fled to Karachi after the 1971 war.

There has been a lot of debate on Pakistani print and broadcast media about why the Arab and Muslim states have been silent about Kashmir. Prime Minister Imran Khan has publicly spoken about how the world has stood silent on the killings of Muslims in Kashmir but has also repeatedly defended Pakistan’s right not to criticise China over the matter. It leads to the basic argument that the premise for which the OIC and Arab League were formed has failed.

Farcical conferences are held each year, most of which turn into shouting matches or events where individual states boycott each other, for the very unity which they mean to enshrine.

Similarly, the Palestinians recalled their ambassador to Pakistan when the Indians protested of him appearing at a Kashmir rally with the alleged mastermind of the Mumbai attacks. Pakistani TV anchor Ahmed Qureshi has repeatedly called for Pakistan to normalise ties with Israel as the Palestinians never support the Kashmir cause at the UN, unlike Pakistan’s support to the Palestinians.

Saddam and Gaddafi were far from angels, in fact, the opposite, but they had a point on the idea of so-called Muslim or Arab unity. Leaders like Imran Khan still insisting on the ‘ummah’ is a farce when various Arab and non-Arab states are backing different proxies on direct ‘Muslim on Muslim’ violence in Libya, Yemen and Iraq.

The UAE has not just said the Indian move is an internal matter of India but have gone as far as to say that it would enhance the state’s status. It is quite clear the OIC and the Arab League are failures as they use the faith card when it suits them while looking the other way to war and persecution in Palestine, Kashmir and further afield.