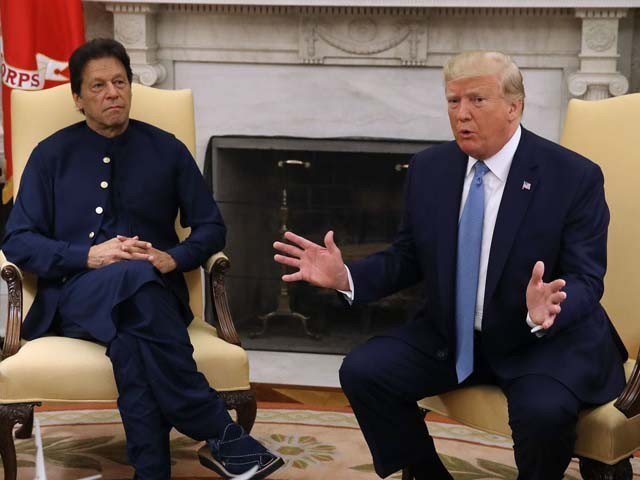 Shafaqna Pakistan: As Pakistan roils with anger at India’s brazen dismantling of Article 370, the US has remained impassive, disengaged, and has failed to truly recognise, let alone show an active interest, towards the regional gravity and international implications of this tectonic disruption.

Understanding that media wars now mobilise international political opinion, (consider both the gilet jaune movement in France, and the weeks-long protests in Hong Kong) India’s absolute isolation of the people of Kashmir is an emphatic prelude to Narendra Modi’s intentions. But it seems that the American top brass is willing to turn a blind eye towards Modi’s antics in occupied Kashmir.

Modi’s view of India is deeply imbued with virulent Bharatiya Janata Party (BJP) nationalism which has always argued that Article 370 led to separatism – an over simplified view even as Kashmir’s history documents the conflict’s intensification parallel to the erosion of Article 370 as only igniting separatism. The intensification of Modi’s militarised occupation under absolute media blackout of Kashmir reveals Modi’s fears of igniting global repudiation and the cost of Kashmiris engendering any global sympathy.

As America, and most other nations, seemingly refuse to bear witness to the tragedy that is unfolding in occupied Kashmir, the geopolitical consequences could be enormous. That Modi could do this despite domestic political opposition only clarifies his intentions which have been thinly veiled since he took office – the destruction of India as a pluralist nation and the birth of India as a supremacist Hindu nationalist state.

But matters are made all the more curious given the timing of Modi’s decision. The decision to do away with Article 370 came almost immediately after President Donald Trump spontaneously quipped during Prime Minister Imran Khan’s trip to the US that he would be happy to mediate the Kashmir issue between India and Pakistan. Imran’s surprise at the offer was genuine, but perhaps short-lived.

America’s involvement in the Kashmir episode seemed all the more suspect when it was stated that the US was already aware of India’s intentions to scrap Article 370, but America has since denied any foreknowledge. Regardless, America’s silence on the matter is disappointing given Trump’s earlier offer to mediate. As a result, China is now one of the few global superpowers that is openly supporting Pakistan.

It is clear that America is not interested in wading into the situation currently unfolding in Indian-occupied Kashmir (IoK). On Friday, here in New York City, the United Nations Security Council (UNSC) met in a closed session to discuss the matter of IoK, but the repercussions of this meeting are still unclear. Trump reportedly called Imran and urged both nuclear powers to resolve their conflict through dialogue. But the US must strive to take a more active stance since such a casual disengagement may prove disastrous, not only for Pakistan and IoK, but for the US in particular.

America needs the full cooperation of Pakistan if it intends to put into action its exit strategy in Afghanistan. Therefore, failing to stand with Pakistan now could come back to bite the US later on. As a result, Pakistan may ultimately reconcile itself with this new reality and lean in closer to more consistent and long-term allies like China and Russia, who both think in terms of generational perspectives and not election cycles.

Even some Indian expats here in the US were surprised to discover that occupied Kashmir was not already fully subsumed into India properly. Its special status guaranteed them legal, political and democratic autonomy, and although Modi may be prime minister, he represents only the union of the federated states, not the will of the Kashmiri people. The wants of the masses can only be embodied in their legislative assembly through elected representatives. The arrest, censure and immobilisation of the leaders in IoK without either charge or indictment is thus an emphatic silencing of Kashmir’s legislative voice.

The entire procedure by which Article 370 has been dissolved is deeply flawed and if India is the true democracy it claims to be, then the on-going situation in IoK will be hotly contested at the highest levels, even if nations like the US do not come forth and call out the rapidly deteriorating situation in Kashmir.

Yet, it is evident that America’s apathy towards the situation in Kashmir will have larger implications. Certainly, to paraphrase Henry Kissinger, foreign policy must never be confused with missionary work, but American mishandling of IoK will further isolate the US in a critical geopolitical region. This could lead to the area becoming increasingly volatile in the post-US vacuum in Afghanistan. This disengagement will also come at a time when Pakistan will become an increasingly vital regional ally as US-Iran tensions continue to spiral. After almost 20 years of the predictable pattern of US engagement and disengagement, Pakistan has now grown weary.