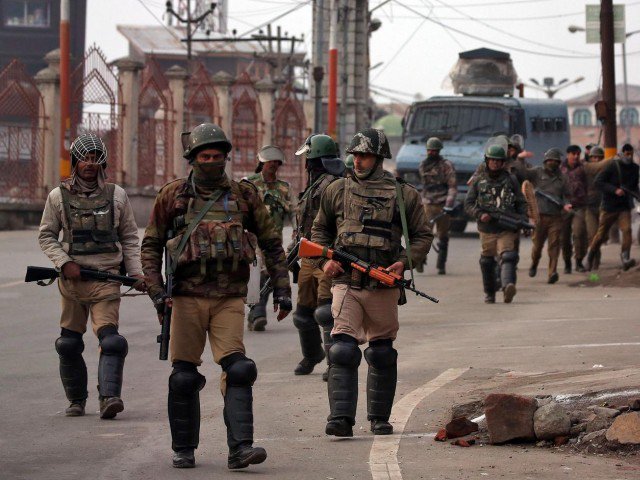 The genocide alert calls on the United Nations (UN) and its members “to warn India not to commit genocide in Kashmir”.

The situation in occupied Kashmir turned critical after India dispatched thousands of extra troops to the valley to bolster the hundreds of thousands already present in the region and revoked the region’s autonomous status – a promise made by the right-wing Bharatiya Janata Party (BJP) in its election campaign.
Genocide Watch in its alert listed early warnings of massacres which include prior genocidal massacres and the continuing impunity for such killings in the occupied valley.

The exclusionary ideology of “Hindutva” – India as a Hindu nation – by Modi’s ruling BJP was also listed as a trigger for genocide by the advocacy group.

Authoritarian military rule by a minority military force of Hindus and Sikhs over a majority Muslim population was another alarming factor that may lead to massacres in the future, said the alert and added that widespread violations of basic human rights are another contributing factor.

Earlier today, Prime Minister Imran Khan issued yet another call to the international community for efforts to prevent “an impending genocide of Kashmiris” in occupied Kashmir.

He called for attention to the “plight of millions of Kashmiris living under brutal Indian occupation, abuse and violence, deprived of all fundamental rights & freedom.

“He said the Indian occupation forces have trampled upon the rights of Kashmiris to “observe their religious practices, including Eidul Azha”.PM Imran urged the world to act with urgency “to prevent an impending genocide of Kashmiris in IOK”.