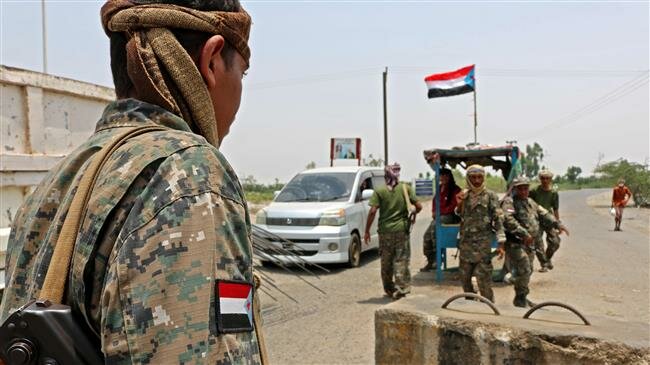 The partnership of Saudi Arabia and the United Arab Emirates is the closest anywhere in the Middle East. It goes back decades, fashioned by antipathy towards Iran.

So when Mohammed bin Salman, now Crown Prince of Saudi Arabia, launched a military campaign against the Houthi rebels in Yemen four years ago, it was no surprise the UAE joined the offensive. The two states have also spearheaded an embargo against Qatar and have been vociferous supporters of the Trump administration’s sanctions against Iran.

They have both supported, financially and rhetorically, President Abdel Fattah el-Sisi in Egypt. And there is a close personal relationship between Mohammed bin Salman and the effective leader of the UAE, Crown Prince Mohammed bin Zayed.

But cracks have begun to appear in the region’s most important alliance, as the Yemen campaign staggers toward stalemate and tactics differ over confronting Iran’s behavior in the [Persian] Gulf. And that may become a headache for the Trump administration, already frustrated by the Saudi-UAE spat with Qatar.

The original purpose of the Yemen offensive was to blunt Iranian influence wielded there through the Houthi rebels. But ‘Operation Decisive Storm’ has turned out to be far from decisive. It became a quagmire — and a PR disaster because of the huge civilian suffering.

The UAE seems to have concluded that the war is unwinnable and too costly to pursue and began drawing down its forces in Yemen in July — though it remains committed to counter-terrorism strikes against the Yemeni affiliates of al Qaeda and ISIS.

While its military presence in Yemen was modest, the UAE punched above its weight, exerting great influence with factions in the south while the Saudis mainly worked with the internationally-recognized government, which is in effect based in Riyadh.

Michael Knights at the Washington Institute for Near East Policy spent time embedded with UAE forces in Yemen and says: “Only the UAE had the military potency and local allied forces to credibly threaten defeat for the Houthis.”

The drawdown of the Emirati presence in the port of Aden unleashed a confrontation between the southern separatists, backed and armed by the UAE, and the remnants of the Saudi-backed government in the city. The UAE’s allies attacked government facilities and took control of much of the city, including the port. Yemeni ministers publicly blamed the UAE for the separatists’ success.

Last month, a senior Emirati official described the drawdown as a “strategic redeployment” and said the UAE had trained about 90,000 troops in Yemen.

“Our commitment in Yemen remains. We are part of the coalition. Our discussion over our current redeployment has been ongoing for over a year,” the official told CNN.

But analysts see the UAE’s move as a signal to the Saudi Crown Prince: it’s time to wind down this war. Ayham Kamal at the Eurasia Group says the UAE may be “trying to incentivize the Saudis to give more serious consideration to disengagement” with no military victory on the horizon.

Kristin Diwan of the Arab [Persian] Gulf States Institute agrees that Saudi Arabia is now more isolated in Yemen and “needs a settlement with the Houthis to secure its border in the north. The UAE drawdown may bring more urgency to this task, but it doesn’t strengthen the Saudi position in the negotiations.”

While the Saudi/UAE coalition reversed some Houthi gains, the rebels still control the capital and much of the north. They are capable of weekly missile and drone attacks against Saudi targets — from airports to pipelines. The latest attack was against the Shaybah gas facility last weekend.

There are substantial Saudi ground forces — about 10,000 according to two sources familiar with Saudi deployments — inside Yemen. But much of the Saudi campaign against the Houthis has been waged from the air, with mixed results and heavy civilian casualties. In turn that has galvanized opposition in the US Congress to supplying weapons and assistance to the coalition. Last month, President Trump vetoed legislation to block $8.1 billion in arms sales to the kingdom.

A ground offensive would inevitably worsen what is already the gravest humanitarian crisis in the world. But investing in the UN-led peace process would involve making concessions to the Houthis, a humiliating climbdown for the Saudi crown prince after four years of conflict.

For now, the Saudis and the UAE are trying to get the various anti-Houthi parties to settle their differences. Last week bin Zayed met Saudi King Salman Bin Abdul Aziz and the Crown Prince in Jeddah and said both governments called on “rival Yemeni parties to cease fire and favor the language of dialogue and reason.”

While the talks were full of fraternal solidarity, the fact remains that the war in Yemen is even more intractable since the UAE drawdown. The likely beneficiaries are the Houthis, Exhibit A in the Trump Administration’s case against Iran’s regional expansionism.

Knights says: “No one in Washington or at the UN should presume that the current battle lines are fixed. They could easily move in the Houthis’ favor, with disastrous effects for the UN peace process.”

Despite divergent approaches in Yemen, the Saudi-UAE alliance remains intact. Last week, the Emirates’ Minister of State for Foreign Affairs, Anwar Gargash, declared that ties “will continue to be strong as they are based on robust foundations and shared values.”

The alliance has supplanted the role of the [Persian] Gulf Cooperation Council, which is weakened by the ongoing dispute between the Saudis, the Emirates and Bahrain on the one hand and Qatar on the other.

Saudi Arabia and the United Arab Emirates remain united in opposing “Iranian expansionism”: both support sweeping US sanctions against Tehran and their militaries co-ordinate closely.

But the UAE may be adopting different tactics.

Ayham Kamal says its focus is avoiding escalation in the [Persian] Gulf. At the beginning of this month, an Emirati delegation went to Tehran to discuss maritime security. The two sides signed what the Iranians called a “memorandum of understanding” to enhance cooperation at sea.

After the sabotage of four tankers off Fujairah in May, the UAE was careful not to blame Iran directly for the attack. Crown Prince Mohammed was more forthright, saying in an interview : “We see how the Iranian regime and its proxies have carried out sabotage operations against four oil tankers near Fujairah port.”

Some observers also detect a growing wariness among the Emiratis about the Trump administration.

The euphoria of May 2017, when the US President visited Riyadh on his first overseas trip and openly backed Saudi-UAE pressure against Qatar, has long worn off.

Hussein Ibish, who is with the Arab [Persian] Gulf States Institute, writes in the Carnegie Endowment’s Diwan newsletter that “while Emirati officials have welcomed the US administration’s campaign of ‘maximum pressure’ against Iran, they have been quietly warning for almost a year that there has to be a political track to translate the pressure into improved Iranian conduct.”

The Emirates’ economy — and especially that of Dubai — would be hard hit by any conflict in the [Persian] Gulf. While Saudi Arabia can export oil and gas to its Red Sea coast, the diversified UAE economy is more vulnerable to external shocks.

Joe Macaron, a fellow at the Arab Center in Washington, believes the UAE’s opening to Iran “is tactical rather than strategic and is primarily a message to the Trump administration as their relationship has recently turned sour on several issues, including the US rapprochement with Qatar.”

That has led to some reappraisal, says Kamal. Over the long term, the [Persian] Gulf states anticipate that the US will become a less reliable partner and gradually disengage from the Middle East. And over the long term that will likely underpin the Saudi-UAE axis as a counterweight to Iran. But right now, in the words of one western diplomat familiar with the region, “it’s a marriage that has issues.” 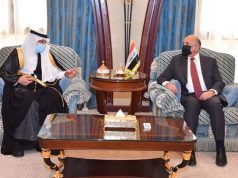 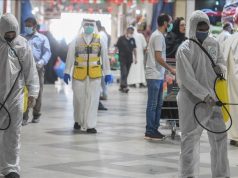 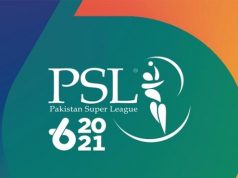 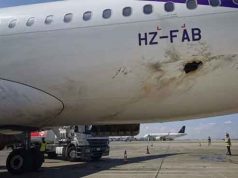 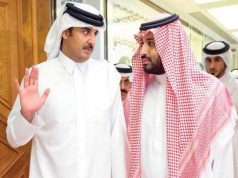