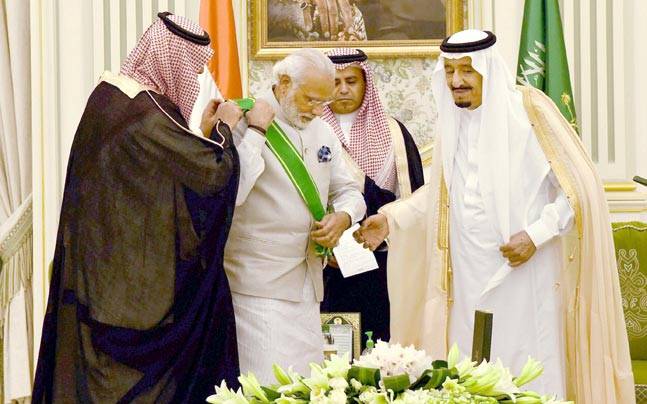 Shafaqna Pakistan: The by and large sluggish response that Pakistan’s current diplomatic initiative on Kashmir has received in Muslim countries, particularly those situated in the Middle East, may have been shocking for the optimists.

Rhetoric aside, in reality inter-state relations are driven primarily by concrete national interests. India’s deep economic and commercial engagement with the leading Muslim countries always made a lukewarm response on its Kashmir clampdown imminent.

Hardly had the ink dried on New Delhi’s executive order to strip Jammu & Kashmir of its special status when Saudi giant Aramco and India’s largest conglomerate Reliance Industries struck a mega deal. Described as one of the largest foreign investments ever made in India, the agreement stipulates that Reliance will sell 20 percent stake in its petrochemical business valuing $15 billion to the Aramco and in turn buy crude oil to the tune of half a million barrels per day from its Saudi counterpart. Such deals are negotiated over a long period. However, the fact that the two sides went ahead with the agreement prefigures that the Kashmir situation is not going to cast a pall on Indo-Saudi relations.

At present, India’s trade with OIC countries taken together is $260 billion including $89.61 billion exports and $170.44 billion imports. More than any other commodity, crude oil defines India-OIC commercial relations. India’s global crude oil imports are $114 billion, of which $92 billion worth are purchased from OIC countries. This is hardly surprising, as India is the third largest energy consumer in the world following the US and China, while oil is the top produce and exportable commodity of the OIC bloc. A snapshot of India’s trade with the leading oil exporting countries in the Middle East will present a clearer picture.

With a whopping $56 billion trade, the UAE is India’s largest trading partner in the Middle East. Of the total $27 billion Indian imports from the UAE, crude oil accounts for $9 billion. Because of the presence of a large Indian diaspora in the UAE, Indian exports to the UAE are as high as $29 billion.

Saudi Arabia is India’s second largest trading partner in the Middle East. With exports of $28 billion, in which the share of crude oil is $22 billion, and imports of $5.5 billion, the kingdom runs a massive trade surplus with India. The Saudi economy is almost wholly dependent on petroleum products. Crude petroleum accounts for 65 percent of total Saudi export revenue, while India is the second largest buyer of the kingdom’s oil behind China. As a rule, a nation fawns over, rather than antagonizes, such important a trading partner. On account of the US sanctions on Iran and Venezuela, two of the world’s major oil producers and exporters, India’s purchase of oil from Saudi Arabia is likely to go up, which would bolster their bilateral relations.

Not only does India import so heavily from the oil-rich Gulf countries, it is also the largest exporter of labour to the region. Over the years, non-resident Indians have been an important source of capital inflows into the country, making India the largest recipient of remittances from overseas. Out of the 35 million Indian diaspora, seven million are domiciled in the Middle East, making the region the largest supplier of such capital transfers. The major sources of the remittances to India in the region are: the UAE ($20 billion), Saudi Arabia ($11 billion), Kuwait ($4.5 billion), and Qatar ($4 billion). Thus Indo-Middle East economic relations are a win-win for both.

In view of the foregoing, Pakistan shouldn’t expect considerable diplomatic support from the OIC bloc in general and Middle East countries in particular on its Kashmir stance. Both Saudi Arabia and the UAE did in recent months provide notable assistance in the form of credit and deferred oil payment to bail out the Pakistan economy.

Nothing, however, can take credit away from Islamabad’s Kashmir stance, which is out-and-out principled. By rolling back Kashmir’s constitutional autonomy, India has breached both the UN resolutions and the Simla Agreement with Pakistan. New Delhi’s Kashmir policy is also starkly out of kilter with democratic norms, as the state was deprived of a popularly elected government and the legislature one after the other and is being ruled from the centre. Nor does the silence – and by implication acquiescence – (of the countries that matter) at grave human rights violations in the disputed territory discount Pakistan’s efforts to invite the world’s attention to the problem. Even if it doesn’t knock some sense into Modi at the very least, it would keep the issue alive and lay bare double standards of the world’s largest democracy.

At the same time, Pakistan should avoid pinning too much hope on third-party mediation in Kashmir. Both before and after the August 5 Kashmir crackdown, US President Donald Trump offered to mediate between Pakistan and India. Mediation, no doubt, is a common means of conflict resolution, which is also recognized by Article 33 of the UN Charter. The same article empowers the UN Security Council to call upon the parties concerned to settle their disputes by mediation and other pacific means.

That said, in the context of Kashmir, resort to mediation has some problems. One, in principle, mediation is undertaken with the consent of the parties to a dispute and India has consistently ruled out such an exercise on Kashmir. Mediation without consent becomes intervention and Washington or any other power does not seem inclined to, even if they are capable of, coercing India into addressing the Kashmir problem.

Two, Pakistan and India are poles apart on what the Kashmir problem entails. As opposed to Islamabad, for New Delhi the Kashmir issue does not involve agreeing to separation of the territory from India including conceding the right of self-determination to the people of Kashmir, as that would run counter to the claim that the territory is an integral part of India. It entails, what New Delhi dubs, Pakistan’s ‘occupation’ of a part of Kashmir and its ‘support’ to the insurgency in the state. India has been largely successful in convincing the world at large that the insurgency in Kashmir is an offshoot of Islamic militancy and that state as well as non-state actors are involved in cross border infiltration. In such circumstances, third party mediation or intervention, even if it is employed, may end up attaching greater weight to the Indian position and concerns than Pakistan’s. The major powers have their own perceptions and interests, which may not coincide with those of Islamabad.