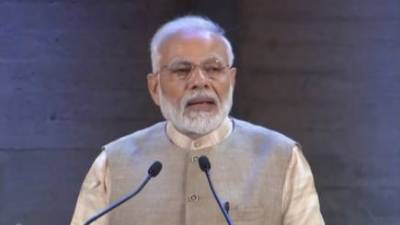 Shafaqna Pakistan: – The New York Times* in a new report has exposed Indian atrocities in occupied Kashmir after the occupying forces arrested more than 2,000 people in the valley with no recourse since the abrogation of Article 370.

The *NYT*, contradicting the Indian claim in the occupied valley has reported that at least 2,000 Kashmiris — including business leaders, human rights defenders, elected representatives, teachers and students as young as 14 — were rounded up by the Indian forces in the days right before and right after the Indian government unilaterally stripped away Kashmir’s autonomy.

Bringing Kashmir to heel has been a Hindu-nationalist dream” — the only Muslim-majority state that India annexed on August 5, setting off a grave crisis in the disputed region, the paper said in a comprehensive dispatch published Friday.

For decades,” it said, “Kashmir has been racked by militancy, oppression and unrest. Kashmiris are feeling especially demoralised and cornered now. The fear is that the area is about to blow and even with phone lines cut, leaders in jail and soldiers on every street, protests are erupting. Some are peaceful. Others descend into stone-pelting clashes.”

“But the fury is there, always,” *NYT*declared.

Citing critics, the newspaper said that even under India’s tough public safety laws this is illegal and that PM Modi is bending the Indian legal system to cut off any possible criticism in occupied Kashmir and go after anyone with a voice — be that a successful merchant, a politician or a professor.

“Kashmir is silent as a graveyard,” human rights lawyer Vrinda Grover said. “The Indian government isn’t revealing what charges the detainees face or how long they will be held. Some were reported to have been flown on secret air force flights to jails in Lucknow, Varanasi and Agra,” *NYT* said.

On Thursday, the United Nations Human Rights Office said it was “gravely concerned.”

Five UN Human Rights experts expressed concern that the measures, imposed after the Indian Parliament revoked the Constitutionally-mandated status of the state of occupied Kashmir would exacerbate tensions in the region.

“The shutdown of the internet and telecommunication networks, without justification from the Government, are inconsistent with the fundamental norms of necessity and proportionality,” the experts said.

“The blackout is a form of collective punishment of the people of Jammu and Kashmir, without even a pretext of a precipitating offence.”