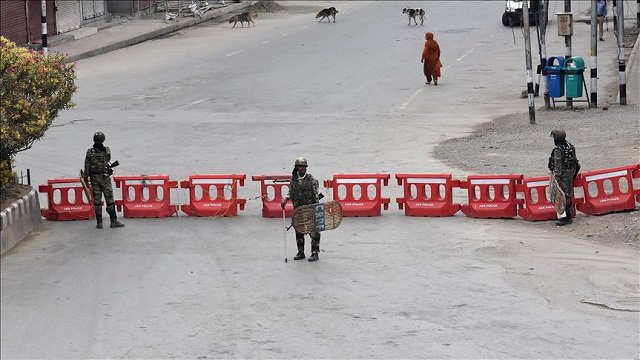 Shafaqna Pakistan:  Pakistani journalists on Saturday began a protest march toward the Line of Control (LoC), to show solidarity with journalists and civilians in occupied Kashmir.

Yesterday hundreds of journalists from across the country reached Azad Jammu and Kashmir’s Muzaffarabad, where the local Kashmiri journalists joined them to march to the LoC.

The march started from Central Press Club Muzaffarabad with the participants carrying two truckloads of medicines and dry ration to pass them on to the Indian forces for aid of the residents in the Himalayan valley.

The Pakistan Federal Union of Journalists (PFUJ), has organised the rally to condemn New Delhi’s move on Kashmir, which imposed restrictions on media and locked down the valley.

This is the first solidarity rally of any journalists body in the world to show solidarity with families of martyred journalists, media persons, after restrictions were imposed on media and innocent people were killed by occupation forces in Kashmir”, Iftikhar Mashwani, Vice President of PFUJ earlier said in a statement.

He added that they want to draw the attention of the international community and world human rights bodies to take notice of current deteriorated situation in Kashmir.

The demonstrators raised placards with inscribed slogans against the Indian government’s Kashmir move and restrictions imposed against the media in IOK.