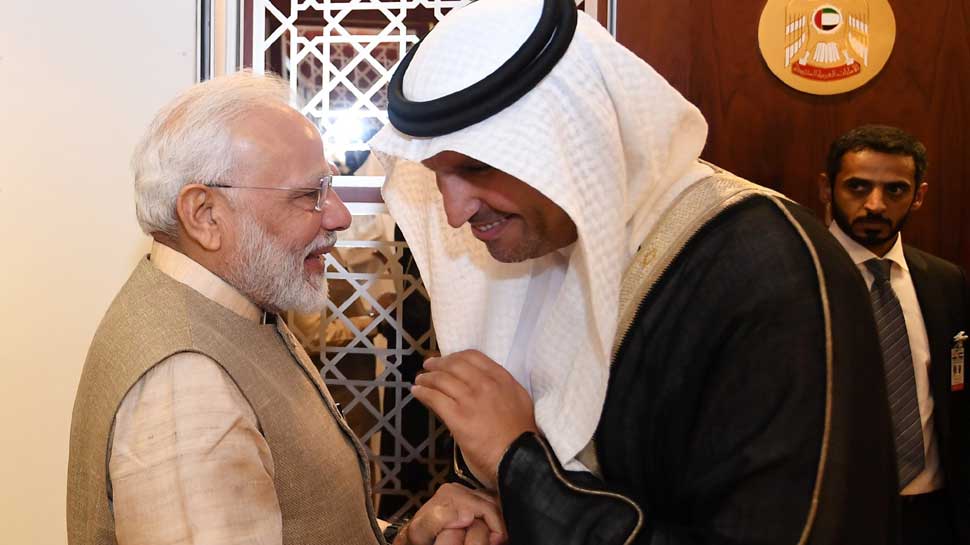 India’s constitution granted the Muslim-majority state of Jammu and Kashmir a special autonomy status for over seven decades.

Yet earlier this month, the Rajya Sabha and the Lok Sabha (the two houses in India’s parliament) effectively scrapped Article 370, ending Kashmir’s autonomy and permitting non-Kashmiri Indians to migrate to the region, purchase land, and open businesses.

In Pakistan and elsewhere, much rage has followed the Indian government’s decisions to strip Kashmir of its autonomy, impose a communications blackout in the region, and wage a crackdown.

Among the Persian Gulf’s Arabian sheikdoms—where India has extremely deep historical, economic, and socio-cultural links—Islamabad has not received support. To the contrary, some Gulf Cooperation Council (GCC) member-states have essentially taken ‘pro-India’ stances on this escalating crisis in Kashmir.

This month, as tensions were heating up in Kashmir, Saudi Arabia’s oil giant, Saudi Aramco, announced its plans for a $15 billion investment in Reliance Industries, a Mumbai-based multinational conglomerate. This deal will have Saudi Aramco buying 20 percent of Reliance Industries’ oil business. Meanwhile UAE awarded Modi with Order of Zayed” (the country’s highest civilian award).

Beyond hosting Modi, the UAE’s ambassador to India, Ahmed al Banna, told the Dubai-based newspaper Gulf News that the situation in Kashmir is an “internal matter”, ultimately to say that the Indian government is acting within its own sovereign rights despite the international dispute over the area. Ina similar move Bahrain is also going to follow the UAE and Saudia.

On the other hand Iran has presented a resolution in her Parliament regarding Indian atrocities on Kashmir. Even though Iran is more close to India, yet it strongly condemned the Move.

Pakistan not only offered Saudia to defend her territory and national integrity but also gifted her competent retired General Mr. Raheel Sharif.

Pakistan sent man force to Bahrain to suppress the legal demand of Shiites to have their fair share in the Government.

Despite all the efforts to appease its Gulf allies Pakistan got nothing in the hard times but Gulf allies stabbed her back at eleventh hour. It is time for Pakistan to serious reconsider its foreign policy and stop playing role of client state for the Gulf countries.