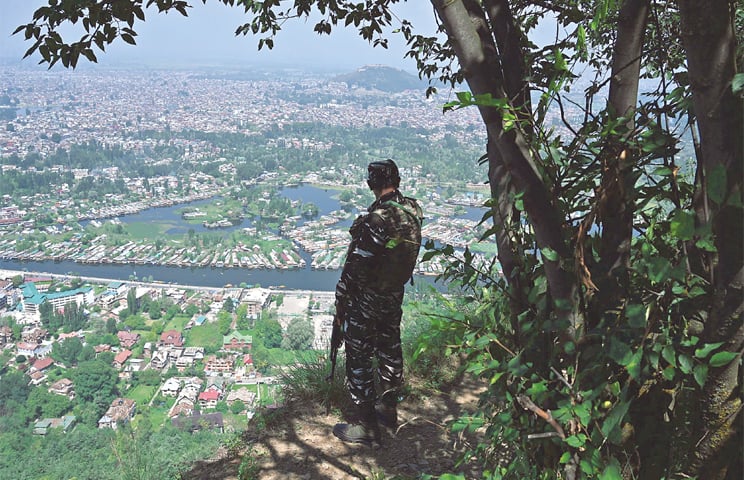 Shafaqna Pakistan:A day after the flag signifying occupied Jammu and Kashmir’s special status was taken down from the Secretariat building in Srinagar, reports on Sunday said Naga separatists holding peace talks with New Delhi were insisting on their separate flag and a separate statute book.

“Less than a month after the Centre ended Jammu and Kashmir’s special status that allowed it to have its own constitution and a flag, a Naga extremist group has for the first time said a ‘separate flag and constitution’ were necessary for an ‘honourable solution’ to the 22-year-old Naga peace process,” The Hindu reported.

It said the Isak-Muivah faction of the National Socialist Council of Nagaland (NSCN-IM) has in a letter to Prime Minister Narendra Modi said any solution to the Naga political issue would be far from honourable if the core issues such as Naga flag and constitution were yet to be agreed upon between the group and the Centre.

The letter followed former Intelligence Bureau officer R.N. Ravi’s statement that Mr Modi had before his appointment as Nagaland’s governor underscored the need to conclude the peace process within three months.

Mr Ravi was speaking at a civic reception in Nagaland’s capital Kohima on August 17 and allayed fears that the scrapping of Article 370 would cast a shadow on the peace process and the state, The Hindu said.

The publicity wing of the NSCN(IM) said hopes were raised about a final solution to the peace process — it began when the outfit declared a ceasefire in July 1997 — when the Framework Agreement was signed on August 3, 2015. But there has been no headway in the three years since the agreement was signed, it said.

The Indian government has been going slow in taking a stand on the core issues, compelling the group’s chairman Q. Tuccu and general secretary Thuingaleng Muivah to write to the prime minister about the doubt and confusion on whether an honourable political solution could be arrived at, the NSCN(IM) said.

“This is in reference to the core issues like Naga flag and constitution, which are yet to be agreed upon between the two parties. Without these two core issues solved, any solution would be far from honourable because Naga pride and identity is deeply entrenched here,” the outfit said.

In occupied Srinagar, the flag, which was hoisted along with the Indian tricolour every day atop the Civil Secretariat, was supposed to be removed on October 31 when the bifurcation law comes into effect, The Hindu said.

Sources said both the flags were lowered around sunset on Saturday but only the Indian tricolour was unfurled on Sunday morning by the staff. It was after 20 days of the Centre’s move to abrogate sections of Article 370 that the flag was finally lowered, bringing an end to the symbolic separate identity adopted by J&K’s first Constituent Assembly in 1953.

A security guard at the Civil Secretariat told The Hindu the missing flag became a spectacle for the onlookers on Sunday. “People driving on two-wheelers stopped and made a video of the missing flag, and left quietly,” he said.

A vendor near Jehangeer Chowk described the missing flag “an open provocation”.

“Hundreds of locals since 1947 offered sacrifices, in lives and material, to see the flag high and flying. Betrayal after betrayal saw the last remnant of J&K’s special status down, never to rise again. It is heart-wrenching,” he said.

Congress leader Rahul Gandhi who was denied entry into Srinagar along with senior opposition politicians described the situation starkly. “It’s been 20 days since the people of Jammu & Kashmir had their freedom and civil liberties curtailed,” he said in a tweet.

“Leaders of the Opposition and the press got a taste of the draconian administration and brute force unleashed on the people of J&K when we tried to visit Srinagar yesterday,” he added.

A Kashmir Administration Services officer, pleading anonymity, said he broke down to see the visuals of the missing flag on television. “It was our pride at one time,” the officer said.

A senior National Conference leader, who is on the run since the Aug 5 clampdown against the party, told The Hindu: “It’s a sad day.”

“It’s daylight robbery of our identity. The flag was part of the constitutional guarantee the government of India offered J&K. It was not antitheses of the tricolour but a negotiated agreement to see both the flags flying high,” he added.

In its first official statement since the revocation of the India-held region’s special status, a faction of the Hurriyat (Liberty) Conference called upon all Kashmiris to “resist” the Indian move “at this critical juncture”, AFP reported.

“Each and every person must face the naked Indian brutality with courage… People should organise peaceful protests and demonstrations in their areas of residence,” said the statement by Syed Ali Geelani, the head of a coalition of Kashmiri parties.

The Hurriyat Conference added that Pakistan and the wider Muslim community should “come forward to… help the besieged people”. 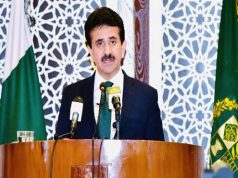 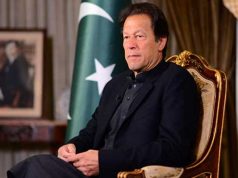