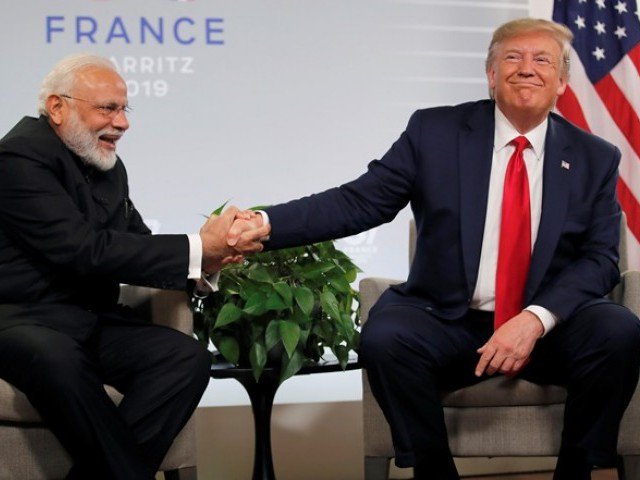 Shafaqna Pakistan:US President Donald Trump said on Monday that India and Pakistan could handle their dispute over Kashmir on their own, but he was there should they need him.

Speaking during a press conference with Indian Prime Minister Narendra Modi on the sidelines of the G7 Summit in France, Trump said, “Pakistan and India can handle the issue on their own, but I am here.”

The US president has previously offered to mediate between India and Pakistan on Kashmir.
Trump said he spoke to Modi about Kashmir and the Indian premier said he has it under control.

“We spoke last night about Kashmir, the prime minister really feels he has it under control,” he told reporters. “They speak with Pakistan and I’m sure that they will be able to do something that will be very good,” he said.

Trump infuriated the Indian government last month when he said Modi had asked him to mediate in the dispute, drawing an immediate denial from New Delhi.

Sitting alongside Trump, Modi said the issues over Kashmir were bilateral, between India and Pakistan.

Modi’s abrupt decision this month to cancel the occupied Jammu and Kashmir autonomous status triggered weeks of protests, mainly in the restive district of Soura, which has emerged as the center of discontent.

Pakistan maintains that New Delhi’s illegal move is an attempt to change the demography of IOK and has made concerted efforts to mobilise diplomatic support for Kashmiris.

With the occupied valley under lockdown for over 21 days and over 4,000 people, mainly political leaders, detained or arrested, Islamabad has been warning the international community of India’s genocidal intent to ethnically cleanse IOK. 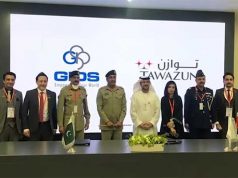