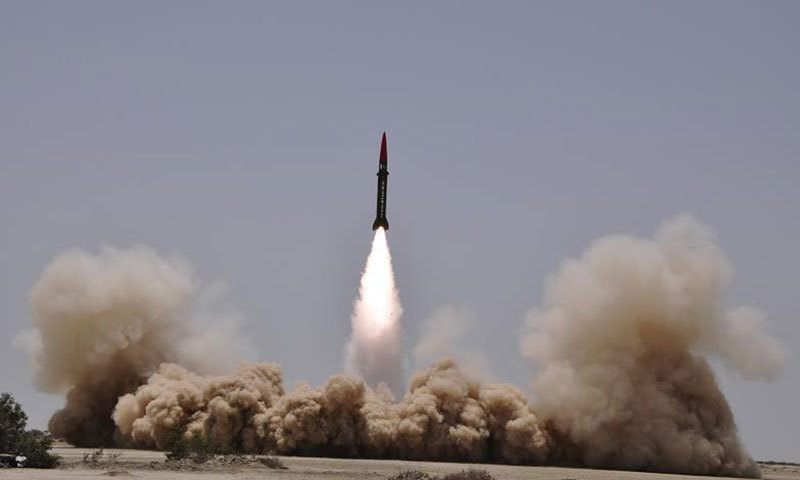 They were speaking at a roundtable conference organised by the Centre for International Strategic Studies (CISS), an Islamabad-based think-tank that focuses its research on the strategic balance in the region.

The discussion was organised in the context of recent hints from the Indian leadership that it could end its policy of No-First Use (NFU) of nuclear weapons.

The speculation about an impending change in India’s NFU policy was significantly renewed by Indian Defence Minister Rajnath Singh amidst heightened tensions between Pakistan and India in the aftermath of annexation of occupied Kashmir by the latter.

Mr Singh, during a visit to Pokhran, the site of India’s nuclear tests, said: “Till today, our nuclear policy is ‘No First Use’. What happens in future depends on the circumstances.” He later reaffirmed that view through a tweet.

The CISS Conference looked at the possibilities of India changing its declared position on the NFU, the factors motivating Delhi to move in that direction, and its implications for the strategic stability of the region.

The central argument of the three presentations at the round table meeting was that ending NFU would be accompanied by India increasing its nuclear arsenal, which would then be followed by other countries in the region revising their minimum numbers to keep deterrence credible.

He explained that “India’s apparent shift in its NFU flows from the military technologies that it has acquired and developed over the past two decades”.

He believed that the Indian defence minister’s statement reflected his government’s “confidence in the new capabilities” that are geared towards an “escalation dominance strategy” being tailored for a “Full Spectrum Conflict” with Pakistan and China.

Executive Director of CISS Ambassador Ali Sarwar Naqvi, meanwhile, said: “Such doctrinal developments are alarming for India’s main adversaries, especially Pakistan, which would be compelled to take counteractive measure and increase sufficiency level to ensure the credibility of its deterrence posture,” he observed.

He recalled how India had already substantively watered down its NFU policy since 1999. In the first instance, a caveat was added in 2003 stating that nuclear weapons can be used in case of chemical and biological weapons attack against India or Indian forces anywhere.

Later in 2010 Indian National Security Adviser Shivshankar Menon rephrased NFU to ‘no first use against non-nuclear weapon states’, and then in 2013 Convener of India’s National Security Advisory Board Shyam Saran said that India would retaliate massively irrespective of the size of any nuclear attack against it, he maintained.

Senior Research Fellow at CISS retired Brig Dr Naeem Salik said the Indian defence minister’s statement could not have come as a surprise for Pakistan because it never believed in India’s NFU declaration. He recalled that Indian leaders and officials had been talking about abandoning NFU for some time.