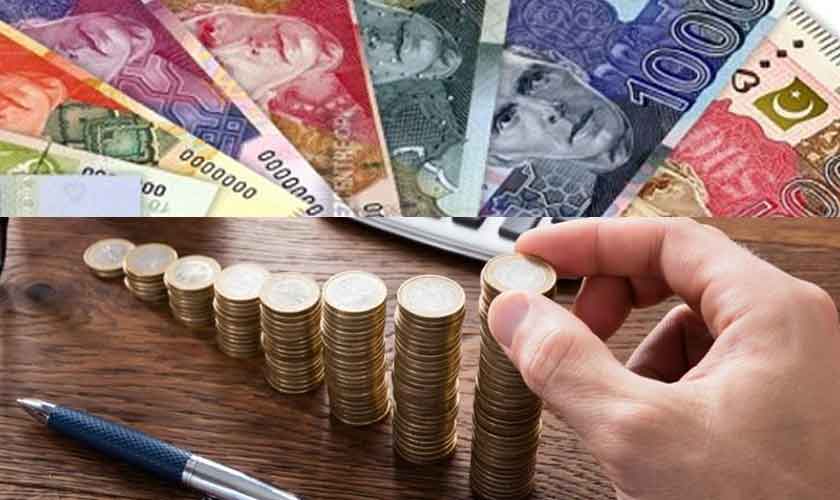 Shafaqna Pakistan: Pakistan’s budget deficit has escalated to highest-ever in the last eight years as it rose to 8.9 percent of Gross Domestic Product (GDP) in 2018-19, which had touched a level of 8.8 percent of GDP in fiscal year 2011-12.

In absolute terms, the budget deficit under first year rule of PTI in totality climbed to Rs3,444 billion in fiscal year 2018-19 ended on June 30, 2019, the highest-ever in the whole history of the country since independence.

While the budget deficit during the last year of PML-N in 2017-18 stood at Rs2,260 billion or 6.6 percent of the GDP. Total revenues fetched by the country stood atRs4900.724 billion in fiscal year 2018-19 against Rs5228.015 billion in 2017-18, witnessing a decline by Rs328 billion or 6.27 percent. The FBR collection stood at Rs3,829 billion against initially envisaged target of Rs4,398 billion, registering a shortfall of Rs566 billion. The non-tax revenue fetched Rs427 billion in fiscal year 2018-19 and in last quarter (April-June) the collection increased by Rs6 billion and went up from Rs421 billion to Rs427 billion. The non-tax revenues sharply dropped because of massive depreciation of exchange rate and so profit of State Bank of Pakistan (SBP) literally nosedived.

During the decade of 80s and 90s, the budget deficit used to remain on higher side and hovered around over 7 percent of GDP.

The expenditure went up by 21.6 percent or 1.5 percent of GDP in 2018-19 with major contribution of 1.1 percent of GDP on account of mark-up of loans on domestic and external front. In order to compensate, the development budget was slashed to avoid further slippages on fiscal front.

When contacted, former finance minister Dr Hafeez A Pasha on Tuesday said that the budget deficit was estimated at 4.9 percent of GDP on eve of last fiscal year 2018-19 which was revised upward at 5.1 percent of GDP after coming into power by PTI led regime.

On eve of budget for 2018-19, it was estimated that the budget deficit would stand at 7.2 percent of the GDP. He questioned what happened in last few weeks of June as the deficit finally ended up at 8.9 percent of GDP. The ability of budget estimation has literally eroded, he added.

Dr Ashfaque Hassan Khan, former adviser to Finance Ministry and Dean NUST, said that it was not government of Pakistan alone responsible but IMF itself contributed to substantially rise in the budget deficit in recent history of the country. “The IMF is equally responsible for the highest ever budget deficit because it placed condition to hike discount rate by 6.75 percent and depreciation of exchange rate that added burden in debt to the tune of Rs3.2 trillion”, he added.

He said debt servicing had eaten up Rs2.091 trillion that was 5.4 percent of GDP out of which Rs1.120 trillion was added to the total amount spent in interest payment because of increase in discount rate, which was close to 3 percent of GDP.

This scribe contacted Ayesha Ghous Pasha MNA from PML-N and she said that this government added over Rs7 trillion to debt burden and also reduced the development spending. She said that the slowdown on economic front was playing havoc with lives of masses as the government was making efforts to collect taxes from small businessmen while big business were not on their radar screen.