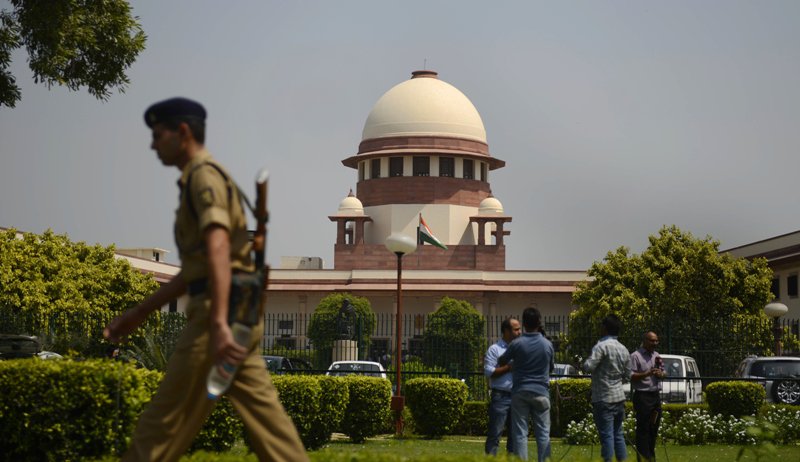 Shafaqna Pakistan: The Indian Supreme Court on Wednesday issued two notices to the government on pleas challenging the revocation of Article-370 and press restrictions in occupied Kashmir, India Today reported.

The constitutional validity of Narendra Modi government’s move to scrap special status for occupied Kashmir under Article-370 earlier this month would now be reviewed by the country’s Supreme Court in October.

Supreme Court also issued a notice to the Centre on the plea by Kashmir Times Executive Editor, Anuradha Bhasin, seeking a direction for relaxing restrictions on the internet, landline, & other communication channels. SC sought a detailed response from the Centre within 7 days. https://t.co/QnWhasbDpf

The Indian Supreme Court formed a five-judge bench which it said would hear all petitions regarding Article-370 in October.

The court heard some 14 petitions challenging India’s August 5 decision to abrogate Article-370 and revoke the special status of the disputed valley.

It also sought reply on press restrictions in Kashmir.

The Chief Justice of India Ranjan Gogoi, said, “We know what to do, we have passed the order, we are not going to change”.