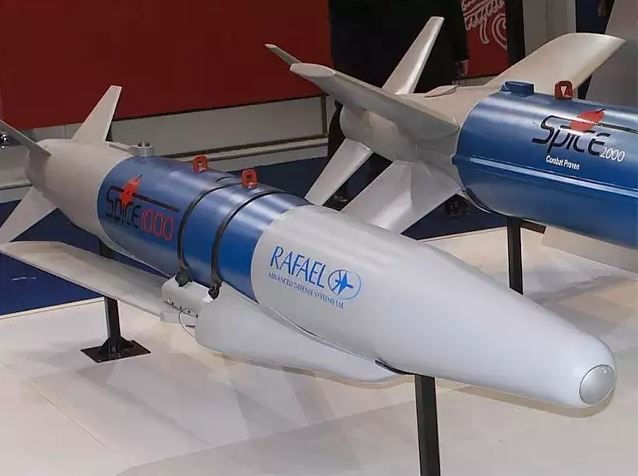 Shafaqna Pakistan:The Indian Air Force will receive the bunker buster version of the Israel-made Spice 2000 bombs by the end of the second week of September, India Today reported.

Top IAF sources said that the Spice-2000 bombs are scheduled to be delivered to the Indian Air Force (IAF) from Israel around mid-September along with the Mark 84 warhead and bombs which can destroy buildings completely.

India and France had signed a deal with Israel worth around Rs300 crore for acquiring these weapon systems.

The supply of these weapons from Israel will happen around the time when Israeli Prime Minister Benjamin Netanyahu is likely to visit India for a bilateral meeting with Prime Minister Narendra Modi.

The bombs were used by the IAF in a failed attempt to bomb the religious seminaries in Balakot when it invaded Pakistan’s airspace in February this year. India claimed to bomb the buildings inside Pakistan when, in fact, a timely response from Pakistan Air Force (PAF) impelled Indian pilots to abort their mission and return to their country in haste.

India failed to back up its claim with facts as observers and international media had noted that madrassa buildings, India claimed to destroy, were still standing days after the purported strike.

Through a subsequent tweet, Inter-Service Public Relations (ISPR) Director General Major General Asif Ghafoor had shared pictures of spice bombs which were fired by Indian jets but failed to detonate.