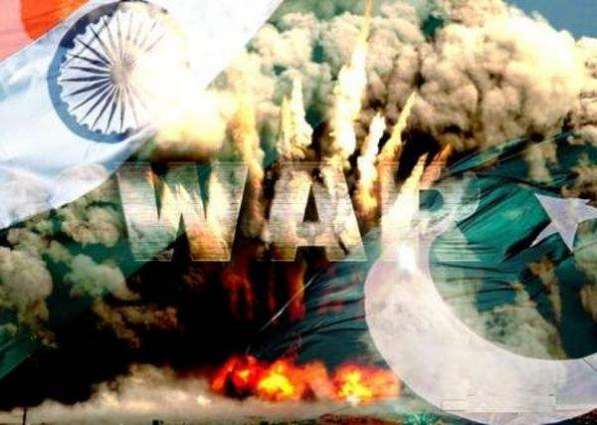 Shafaqna Pakistan: Deadly tensions between India and Pakistan are boiling over in Kashmir, a disputed territory at the northern border of each country.

A regional conflict is worrisome enough, but climate scientists warn that if either country launches just a portion of its nuclear weapons, the situation might escalate into a global environmental and humanitarian catastrophe.

Both countries possess about 140 to 150 nuclear weapons. Though nuclear conflict is unlikely, Pakistani leaders have said their military is preparing for ” all eventualities.” The country has also assembled its group responsible for making decisions on nuclear strikes.

climate scientists have modeled how an exchange of nuclear weapons between the two countries — what is technically called a limited regional nuclear war — might affect the world.

Though the explosions would be local, the ramifications would be global, that research concluded. The ozone layer could be crippled and Earth’s climate may cool for years, triggering crop and fishery losses that would result in what the researchers called a “global nuclear famine.”

Each country exchanges 50 weapons, less than half of its arsenal. Each of those weapons is capable of triggering a Hiroshima-size explosion, or about 15 kilotons’ worth of TNT.

those explosions would release about 5 million tons of smoke into the air, triggering a decades-long nuclear winter.

The effects of this nuclear conflict would eliminate 20% to 50% of the ozone layer over populated areas. Surface temperatures would become colder than they’ve been for at least 1,000 years.

Thus it would trigger a global famine leaving world population to die of hunger. Apart from this nuclear explosion would not only wipe out all south Asian countries but also most of the countries from other continents. Thus it may be an Armageddon.