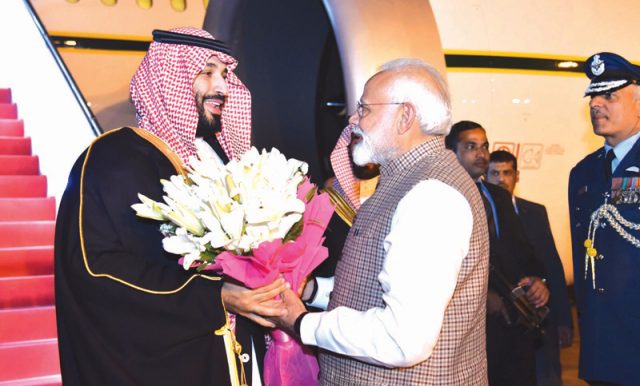 Shafaqna Pakistan: We have all heard about the Golden Age of Islam, spanning roughly from the 8th to 13th centuries CE, during which period the Umayyad and Abbasid Caliphates were beacons of learning and innovation.

Under the patronage of successive Caliphs, the Muslim world saw great economic, academic and scientific progress. While Europe languished in the Dark Ages, the Islamic Golden Age produced several important new discoveries in astronomy, mathematics, medicine, physics and chemistry in addition to overseeing the preservation of a large volume of ancient Greek scientific literature.

Many of these have heavily influenced, and in many instances directly shaped, the modern world. To take just one example, Ibn al-Haytham (965 – 1040 CE) was the earliest proponent of the scientific method–that hypotheses need to be proven through observation and empirical evidence before acceptance as facts– which formed one of the key foundations of the European Renaissance and scientific revolution.

By contrast, the state of scientific and intellectual capabilities of contemporary Muslim countries is appalling. Modern Muslim states lag far behind the knowledge-based societies of the modern world, the North Atlantic and East Asian countries, in scientific advancement and technological innovation. This is a symptom of an overall decline of intellectualism and culture of learning in Muslim countries.

A 2015 report by the Task Force on Science at the Universities of the Muslim World states that 57 Muslim countries, while comprising nearly a quarter of the world’s population, account for only 2.4 per cent of its research expenditure, and produce only 1.6 per cent of its patents, and 6 per cent of its publications.

Ultimately, a society is only the sum of its individual parts. It falls to each of us to adopt habits and practices conducive to a culture of learning, innovation and open exchange of ideas. Recognising and acknowledging the precise reasons for our intellectual deficit might be a good start. Understanding your problem is half the solution

Only three scientists from Muslim countries have received Nobel Prizes till date. By comparison, Denmark (with a current population of 5.7 million), which is not by any standard a world power, alone has produced nine Nobel Prize winners in sciences.

The Muslim world is certainly not a monolith. In fact, it is debatable whether a “Muslim world” in a strictly literal sense even exists and is not simply a pan-Islamist or Western orientalist construct. Contemporary Muslim countries across the world do not necessarily share a common socio-economic, cultural and political outlook (although they do share a robust and influential Islamic heritage and tradition).

Notwithstanding these differences, what contemporary Muslim countries do have in common is that they are, at varying levels, intellectually and scientifically backward. This decline has persisted in the Muslim world since the end of the Islamic Golden Age and the situation does not seem to be improving.

Why, despite having an intellectually rich tradition, do we fail to see any Muslim Galileos, Keplers and Newtons? Why did Ibn al-Haytham’s scientific method not propel a scientific revolution in the Muslim world, despite preceding Francis Bacon by almost five centuries?

UK’s new Prime Minister Boris Johnson allegedly blamed “Islam” as the reason Muslim countries are “centuries behind” the West. Such a view is one-dimensional and fails to take into account any of the subtleties and nuances of history. For instance, it fails to explain how there was a Golden Age at a time when the Islamic ethos was arguably more predominant.

The fall of the Abbasid Caliphate, brought about by political fracture, constant Muslim in-fighting, frequent Crusades and the eventual destruction of Baghdad by the Mongols in 1258, are commonly understood as the primary reason for the beginning of the intellectual decline of Muslims. During the siege of Baghdad, the Mongols slaughtered thousands and threw an extensive collection of priceless academic and scientific literature from the Grand Library into the Tigris.

However, seen in its historical context, the intellectual decline of the Muslim world actually preceded its geopolitical decline and is linked to the rise of the Ash’arite school of Sunni Muslims in the 12th century CE. The Ash’arite thought came as a rejoinder to the Mu’tazila school which was deeply influenced by the Greek tradition of rationalism and logic.

The most significant views of the Ash’arites were voiced by the Persian theologian Al-Ghazali (1058-1111 CE) who, as he came to be commonly understood, condemned falsafa (which includes philosophy, logic, science and mathematics) as being incompatible with Islam. In recent times, there has been extensive debate over whether Al-Ghazali is understood correctly and in context. Yet the fact remains that by and large Sunni Muslims have historically preferred and adopted orthodox Ash’arite views. Over time, opposition to intellectual and scientific inquiry in the name of religion has become a norm in the Muslim world.

No discourse regarding the intellectual decline of the Muslim world would be complete without considering the adverse impact of the centuries-long colonisation of the Muslim world by European nations. Yet, the situation does not appear to have improved much in the post-colonial Muslim world, as the figures quoted above suggest. In fact, a case may even be made that the present scientific and intellectual competence of former colonies (scant as it may be) is attributable to their association with their colonial masters.

It is debatable whether intellectual and scientific progress is the cause of the West’s rise and eventual global dominance or merely a symptom. Or a mixture of both. Regardless, undoubtedly in the 21st Century, knowledge is becoming the principal source of wealth and power, national or individual. Economic prosperity, national security and military power increasingly rely heavily on technological advancement, in turn dependent on scientific and intellectual prowess.

While oil-rich Gulf states may be able to erect skyscrapers in the desert, such development is economically inefficient and unsustainable in the long run. In recent years, some Gulf States have invested in science and technology, however the output has so far failed to match the investment. The prevailing attitude of buying science and technology, rather than producing it indigenously, appears to be continuing in the Muslim world for now.

In the 21st century, a culture of intellectualism, learning, research and innovation is not only desirable but an absolute necessity if the Muslim world hopes to ever catch up with the knowledge-based societies of the world in terms of social, economic and political development. It is not optional.

There is no one catch-all solution for the intellectual backwardness of the contemporary Muslim world given its complexity and diversity and it would be futile to even attempt such a thing.

As for Pakistan, it will require more than just a bigger education budget to properly address this issue. The recent wave of anti-intellectual and anti-science predisposition of radicals and fundamentalists is a major, and seemingly insurmountable, obstacle for scientific and intellectual growth.

It will require a conscientious and holistic overhaul of the failing bureaucratic and administrative system, which in many aspects is a continuing legacy of the British imperial era, to even begin to address the issue. Such kind of political reform is an essential prerequisite for countering fundamentalist narratives, tackling corruption, addressing the deficits of the education system and its institutions and fostering a culture of learning and free and open exchange of ideas.

Of course, intellectual growth of the society cannot take place in isolation and must be accompanied by political stability and economic prosperity. Easier said than done. We can only hope future governments can find the political will to undertake such an endeavour.

Also, no country can progress if it isolates half its population. That women in Pakistan are socio-economically and academically marginalised is undeniable. The female literacy rate in Pakistan is 48 per cent as opposed to 70 per cent for males (2017-18). Perhaps it is time to pay serious attention to feminist discourse and do away with the myopic culture of denying women equal opportunities and privileges. It goes without saying that the participation of women can bring unique and rich ideas, talents and sensibilities to our collective intellectual endeavour.

Ultimately, a society is only the sum of its individual parts. It falls to each of us to adopt habits and practices conducive to a culture of learning, innovation and open exchange of ideas. Recognising and acknowledging the precise reasons for our intellectual deficit might be a good start. Understanding your problem is half the solution. 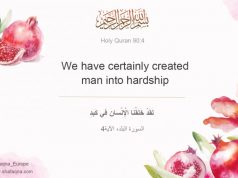 Restraining desires and handling the pain: How to live an Islamic lifestyle (11) 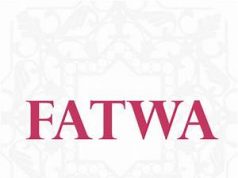 What is the ruling on animal abuse? The Grand Ayatollah Khamenei’s answer 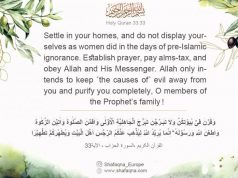 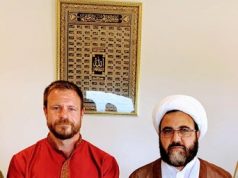 An Australian man converted to Islam 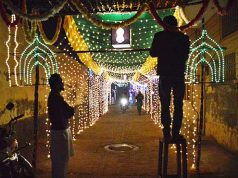 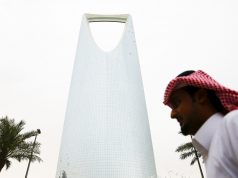