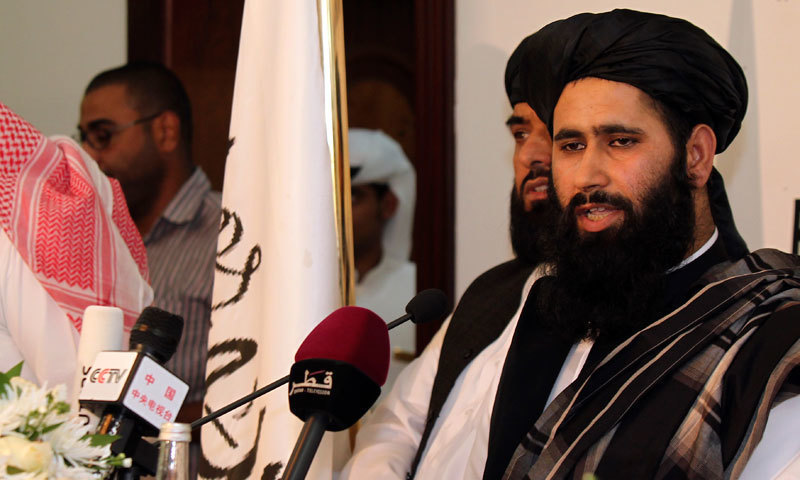 Shafaqna Pakistan:The Taliban said on Friday it was “way too early” to speak of resuming direct talks with Washington, a day after President Donald Trump suggested negotiations to end America’s longest war were back on track during a surprise visit to Afghanistan.

The statement from Taliban spokesman Zabihullah Mujahid sounded a note of caution after Mr Trump said during a visit to Bagram Airfield on Thursday that the Taliban want “to make a deal”.

“We’re meeting with them and we’re saying it has to be a ceasefire,” he told reporters during the visit to mark the Thanksgiving holiday with troops at the base.

In September the US and the Taliban had appeared on the verge of signing a deal that would have seen Washington begin pulling troops out of Afghanistan in return for security guarantees.

It was also expected to pave the way to direct talks between the Taliban and the government in Kabul. But that month Mr Trump abruptly called the year-long effort “dead”, and withdrew an invitation to the insurgents to meet in the United States due to the killing of an American soldier.

“We were getting close and we pulled back. We didn’t want to do it because of what they did,” President Trump said at Bagram during a meeting with Afghan President Ashraf Ghani, referring to the death of the soldier.

“Since then, we’ve hit them so hard, they’ve never been hit this hard,” he added.

Most observers agree that a political settlement is the only way towards a lasting peace in Afghanistan, and since September diplomatic efforts to foster dialogue have continued.

The Taliban last week handed over two hostages — an American and an Australian — after three years in captivity in exchange for three high-ranking militant prisoners, a move seen as a boost to resuming negotiations.

About 13,000 US troops remain in Afghanistan, 18 years after the United States invaded following the September 11, 2001 attacks.

Mr Trump said he planned to reduce the number to 8,600, and later added “we can go much further than that”, without giving details.

The president also said on Thursday the war in Afghanistan “will not be decided on the battlefield” and that “ultimately there will need to be a political solution” decided by people in the region.

The militants have long refused to talk to Afghan government officials, however, declaring the administration a “puppet” of the US.

A simmering political crisis over the most recent Afghan presidential election will not help.

The September 28 poll has already been marred by a record-low turnout and bickering between the incumbent, Mr Ghani, and his chief rival, Abdullah Abdullah.

Two months later, election officials have not yet released even a preliminary count. Without a result, it is not yet clear whether it will be Mr Ghani or Mr Abdullah who eventually faces the militants across the negotiating table.

A ceasefire could also be part of the delay.

“That would be a major shift in policy. Violence is leverage for the Taliban,” tweeted the Wilson Centre’s South Asia analyst Michael Kugelman. 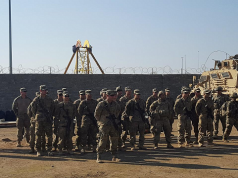