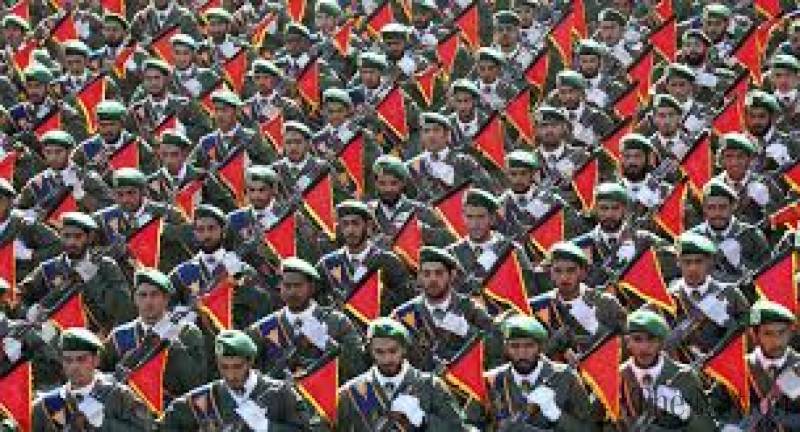 Shafaqna Pakistan:On Sunday, President Donald Trump cautioned that if Tehran attacks Americans or US assets in retaliation for the killing of the high-ranking Iranian general, Washington will strike 52 sites in the Islamic Republic “very fast and very hard”.

Mohsen Rezaei, secretary of Iran’s Expediency Discernment Council and former chief of the country’s Islamic Revolutionary Guard Corps (IRGC), has warned of far-reaching repercussions from a possible US strike on the Islamic Republic.

“In response to Trump, who had said that Washington will attack Iran if it takes revenge, Rezaei said “be sure that in such a case we will completely level [Israel’s port city of] Haifa and key Israeli targets”, on Sunday.

He made his remarks during a ceremony in Tehran on Sunday which saw mourners commemorate the assassination of Qasem Soleimani, head of the IRGC’s elite Quds Force, who died in a US airstrike in Baghdad on 3 January.

Rezaei touted a “massive movement” that had taken shape in Iran in response to Soleimani’s murder, pledging that Iran will be “firmly fighting the Americans” until it achieves “complete US withdrawal from the region”.

“The whole world should know that that the Americans will be removed from the region soon,” he pointed out.

His remarks come after President Donald Trump warned that the US would launch a “disproportionate” military response to Iran if it conducts a retaliatory strike against Washington.

The warning followed Trump tweeting that the US would send its “brand new beautiful equipment” to Iran “without hesitation” if the Islamic Republic attacks an American base or person.

According to POTUS, the US is “targeting” 52 Iranian military and cultural sites and will strike “very fast and very hard” if Tehran attacks Americans or US assets. Trump explained that the targets represented 52 Americans who were held hostage in Iran in 1979.

Last Friday, the US carried out a drone strike on Baghdad International Airport, killing Soleimani, Iraqi commander Abu Mahdi al-Muhandis and 10 other people.

This further escalated US-Iranian tensions, which have been simmering since Washington’s unilateral withdrawal from the 2015 Iran nuclear deal, or the Joint Comprehensive Plan of Action (JCPOA) in May 2018.

The 3 January airstrike was authorised by Trump, who claimed that Soleimani was “plotting imminent and sinister attacks” on US diplomats and military personnel in Iraq and elsewhere in the region.

Iran’s Supreme Leader Ayatollah Ali Khamenei vowed that “severe revenge awaits the criminals” behind the attack, which was slammed by Iranian Foreign Minister Javad Zaridf as an act of international terrorism.