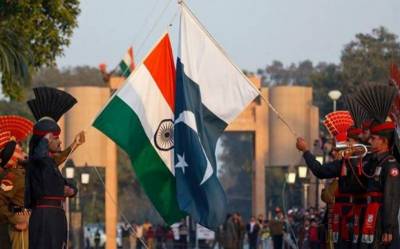 Two Pakistani teenagers Sajjad Haider and Mubashar Bilal mistakenly entered Indian territory in February and December of 2018 respectively, and were subsequently detained in Punjab and Delhi.

Two Pakistani citizens were handed over to Pakistan Rangers at the Wagah border crossing in Punjab on Tuesday.

Indian Union Home Minister Amit Shah sanctioned the repatriation of the two boys, who were held by the Border Security Force (BSF) after they entered Indian territory in 2018.

Mubshar Bilal, 17, from Pakistan’s Kasur district, inadvertently crossed the international border in February 2018 near Amritsar. He was acquitted by the Juvenile Justice Board (JJB) more than a year ago but faced a delay in his release due to diplomatic hurdles.

Sajjad Haider, who crossed the border in December 2018 according to Pakistan’s private news outlet, was held in Delhi.

The news of the boys’ release comes amid rising tensions with civilians reported injured on both sides of the border after persistent artillery fire.

The two nuclear-armed nations have accused each other of violating the 2003 ceasefire agreement over 3,000 times in the past year.