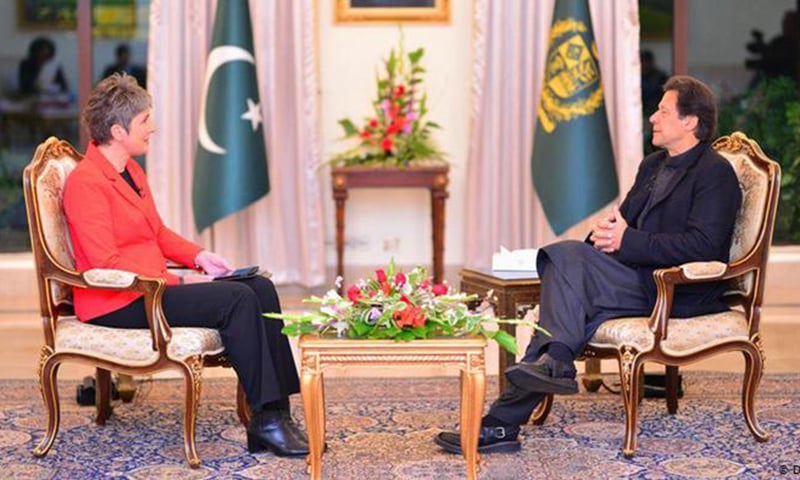 Shafaqna Pakistan:Prime Minister Imran Khan has said that a military conflict between Saudi Arabia and Iran would be “disastrous” for Pakistan and it is for this reason that his government is making efforts to defuse regional tensions.

In a wide-ranging interview with German international broadcaster Deutsche Welle (DW), published on Thursday, the premier also shed light on the balancing act that Islamabad often finds itself in while maintaining ties with its neighbours.

“It’s true that we live in a difficult neighbourhood and we have to balance our actions. For instance, Saudi Arabia is one of Pakistan’s greatest friends and has always been there for us. Then we have Iran, with which we have always maintained a good relationship,” he said in response to a question by DW Editor-in-Chief Ines Pohl.

“Therefore, a military conflict between Saudi Arabia and Iran would be disastrous for Pakistan. We are trying our best to make sure that ties between these two countries do not deteriorate. It is a region that cannot afford another conflict.”

Prime Minister Imran said Pakistan is also “doing its best” to bring peace to Afghanistan. “It is a country that has suffered so much in the past 40 years. We pray that the Taliban, the Americans and the Afghan government achieve peace,” he added.

His comments come a week after the United States and Iran came to the brink of war after Iran launched missile attacks on US-led forces in Iraq, in retaliation for the US drone strike on Iranian commander Qasem Soleimani whose killing raised fears of a wider war in the Middle East.

The situation de-escalated after US President Donald Trump, while delivering a televised address, extended an olive branch to the “people and leaders” of Iran to work together for “shared priorities”. In the same breath, he announced more “punishing” economic sanctions against Tehran.

Taking note of the dangerously high tensions, Prime Minister Imran sent Foreign Minister Shah Mehmood Qureshi to Tehran and Riyadh to encourage exercising of “maximum restraint” in the dispute. Qureshi is currently in Washington as part of his efforts to reduce tensions between Iran and the United States.