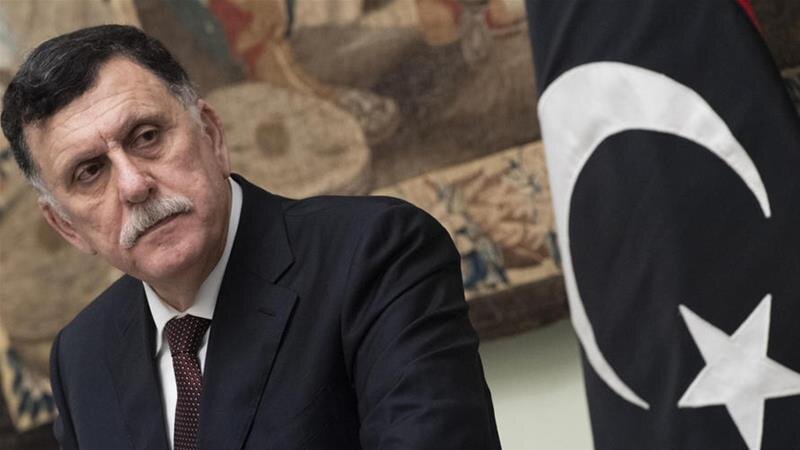 SHAFAQNA- Tehran Times: International community  in recent weeks stepped up pressure on the warring factions in Libya to put an end to conflict in the country.

The world witnessed the overthrow and killing of Muammar Gaddafi in 2011, eight years after the colonel had eliminated his country’s weapons of mass destruction program, including a decades-old nuclear weapons program.

NATO members led by Britain and France supported the so-called revolution by airstrikes – then watched as the country sank into chaos. Barrack Obama said leaving Libya without a plan after Gaddafi was the “biggest mistake” of his presidency. If he is watching recent events he must be still in regret.

Today the country is divided into two factions backed by foreign powers struggling to put the country together.

On the one side, there is the UN-recognized Government of National Accord (GNA) under Prime Minister Fayez Mustafa al-Sarraj in Tripoli, a city under siege by the Libyan National Army (LNA) headed under General Khalifa Haftar who started his offensive on Tripoli last April.

Haftar is supported by Egypt, France, Jordan, Russia, and the United Arab Emirates, while al-Sarraj is backed by Italy, Qatar, and Turkey.

The Wall Street Journal reports that prior to his offensive Haftar was in Riyadh where Saudis gave him tens of millions of dollars days before launching an offensive on Tripoli.

On Jan. 2, Turkish parliament passed a bill that allowed President Recep Tayyip Erdogan to send troops to Libya. Turkish troop deployment started Jan. 5 and so far Turkey has sent some 2000 fighters from Syria to Libya.
Turkey has also helped Qatar in bypassing the Saudi led blockade.

There have been several efforts by international community to put an end to the Libyan strife.  On Jan. 13 the two warring factions went to Moscow for talks. Al-Sarraj signs the deal but Haftar walks out asking more time to consider.

More recently, the Berlin Conference was held on Jan. 19. Haftar and al-Sarraj didn’t meet face to face during this summit which also failed to yield results.

Haftar seems to confuse negotiation with coercion. The renegade general had already blocked eastern ports of Libya ahead of the Berlin summit. According to the Tripoli-based National Oil Corporation of Libya allies of Haftar had blocked a key oil-export pipeline in western Libya a day after the port blockade.

Much of Libya’s oil wealth is located in the east of the sprawling North African state but revenues are channeled through Tripoli-based state oil firm NOC, which says it serves the whole country and stays out of its factional conflicts.

In an interview in Berlin al-Serraj warned Monday that the blockade will produce a “catastrophic situation” and has cut output to almost zero.

Libya had been producing some 1.2 million barrels per day. Prior to the recent disruptions to the world oil supply caused by Houthi attack on Saudi Aramco facilities, the last major crude supply interruption was caused in 2011 by the Libyan civil war cutting off 1.5m barrels per day from global oil supplies.

The situation in Somalia is not unrelated. In Somalia, a fight for control of ports and maritime routes has pitted Turkey and Qatar versus Saudi Arabia and UAE and we have witnessed rise of Al Shabaab and piracy in all the lawlessness.

According to the UN since the start of LNA offensive last April, there has been 280 civilian casualties, some 2000 fighters have been killed and 146,000 Libyans displaced.

Western attacks in Iraq and Afghanistan made these countries fertile grounds for terrorist groups like Taliban and Daesh. With their defeat in Iraq and Syria, these groups have been relocating to Libya, where they find fertile grounds of chaos to breed in.

Gadhafi had ruled for 42 years and Saddam controlled Iraq for more than 20 years. They all terrorized their citizens but amid some law and order. The overthrow of these dictators brought destruction, chaos, and humiliation for their citizens.

Today if citizens of Libya and Iraq are asked if they are missing their times under their former dictators, one might be surprised by their answer.