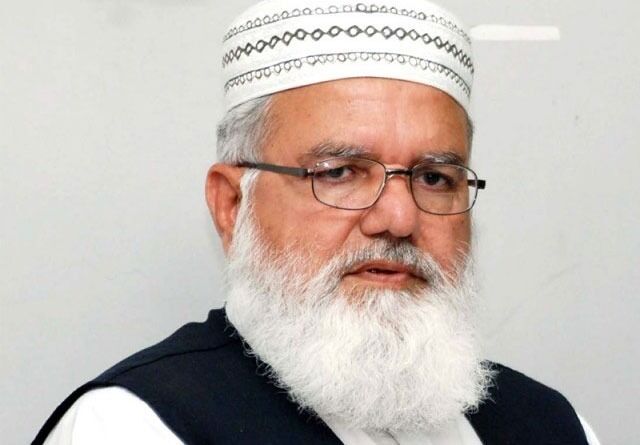 SHAFAQNA- IRNA: The US President Donald Trump’s so-called ‘Deal of Century’ is, in fact, the biggest trick of the century, Vice President of Pakistan’s Jamaat-i-Islami said.

In an interview with IRNA on Saturday, Liaqat Baloch said that the support of Trump’s allies especially from the region to this deal will never help solve the issue of Palestine.

“Trump wants to sabotage the cause of Palestine through this so-called ‘Deal of Century’,” he noted.

He went on to say that American actions, especially of the Trump administration, have always focused on securing their illegitimate interests in the region and protecting the illegal Zionist regime.

The Pakistani politician, who has recently traveled to Tehran to express solidarity with the Iranian nation over the assassination of the IRGC commander Qasem Soleimani, said: “Unfortunately, Trump and his aides have been trying to divide Muslim world by creating tensions among some major Islamic countries.”

Liaqat Baloch said today we are witnessing anti-Islamic plots such as the deal of the century because of the differences in the Muslim world.

He emphasized the need for a just solution to the Palestinian issue without the existence of the Zionist regime.

“The main purpose of the Trump peace plan is to increase instability in the Middle East, we are witnessing American defeat in Afghanistan, so the White House is trying to make the region unsafe to prolong its stay in the region,” Baloch said.

He said: “The US leaders have only counted on the “divide and rule” plan and have unfortunately used the divisions of the Muslim nations to achieve their own interests.”

Vice President of Pakistan’s Jamaat-i-Islami (JI) called upon the Muslim world to shun their differences and unite for the rights of the Palestinians.

The religious leader added that the support of some regional countries to deal of the century could not legitimate this plan of deception.

US President Donald Trump in a meeting with Zionist Prime Minister at the White House has announced his so-called ‘Deal of Century’.

Iranian envoy to the United Nations Es-haq Alehabib had said that ending occupation is the only solution to the crisis in Occupied Territories of Palestine, dismissing attempts to buy the Palestinian honor, aspirations and dignity by money.

Earlier Pakistan Foreign Ministry spokesperson Aisha Farooqui in a statement renewed call for the establishment of a viable, independent and contiguous State of Palestine, on the basis of internationally-agreed parameters, with Al-Quds Al-Sharif as its capital.