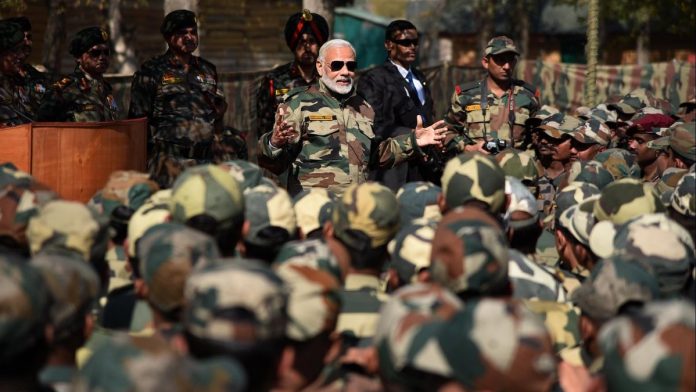 More than 120 Muslim scholars from the UK have sent Prime Minister Narendra Modi an open letter calling for an immediate end to India’s lockdown of occupied Kashmir.

The letter which was sent to the Indian High Commission in London earlier this week began by stating:

“This is an Open Letter to Prime Minister Narendra Modi of India, from the British Muslim Society of Scholars and Supporters. We are writing this letter so we can awaken human conscience to the suffering and plight of the Kashmiri people. The consequences of Mr Modi’s actions are grave indeed, and carry within them the possibility of huge loss of innocent lives, not just in the immediate theatre of conflict but far beyond. Great leaders have always been the ones who can find solutions to the most difficult situations, not those who create greater problems from situations they inherit, without doubt wisdom is the inheritance of the wise, and only the humble benefit from it. We advise you, dear reader, to read this letter with an open mind and heart, and evaluate the actions of the Indian state and their consequences for the wider human family, there’s no doubt that every soul shall return to his creator, and will be held accountable for what they sowed on earth.”

The letter went onto state:

“We the undersigned, write to you following your unilateral revocation of articles 370 and 35A of the

“Indian Constitution, and the subsequent curfew banning phone, internet and free movement of the Kashmiri people and the arrest of all Kashmiri leadership. We are also cognisant of the Genocide alert issued by Dr. Gregory H. Stanton, Founder and President of Genocide Watch, on 15th August 2019, alerting the United Nations and its members that “Genocide Watch’s Ten Stages of the genocidal process are also far advanced”, in the case of Indian occupied Kashmir. We therefore demand that you:

“We wish to remind you that the path of hatred, division and violence that you have chosen for

“India will not end well. Here we quote the inaugural holder of the seat you represent, Jawaharlal Nehru, who stated …’those who choose the path of violence have no faith in democracy. If their way were to prevail, there would be complete chaos in the country and the conditions of the people would deteriorate even more.’ His words are prescient in the light of your actions in Kashmir and your dealings with Indians of minority faiths.

“We remind you of the words of Mahatma Gandhi, ‘First they ignore you, then they laugh at you, then they fight you, then you win.’ It is as if the Kashmiri peoples struggle of over 70 years for justice, dignity and self-determination, is in their final stage leading to freedom.

“We stand for justice and dignity of all human beings and share with you words of the Holy Qur’an, which states:

“O Believers! Be steadfast in standing firm for Allah, witnesses in justice; and do not let the hatred of a people prevent you from being just. But be just – that is nearer to righteousness. And fear Allah; indeed, Allah is acquainted with what you do.” [Surah al Maa’idah: 8]

We pray that you will take heed and stop the injustice you are inflicting upon the Kashmiri people and other minorities within India.”