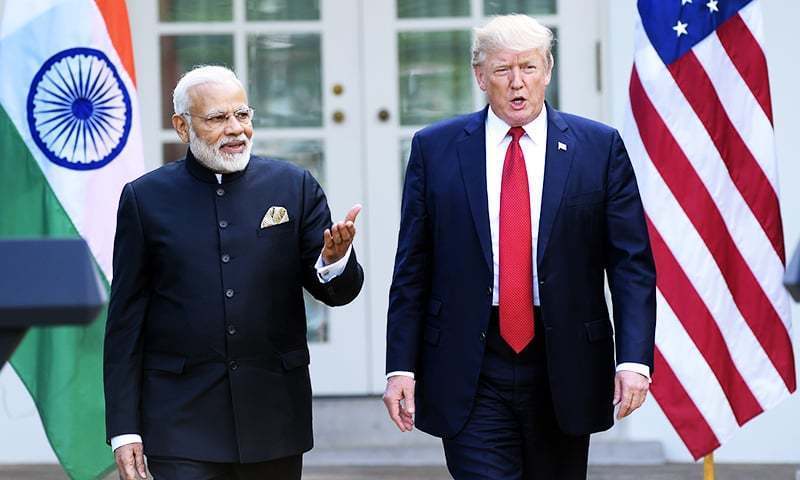 Shafaqna Pakistan:India is set to give final approval to a $2.6 billion deal for military helicopters from the US defence firm Lockheed Martin ahead of a proposed visit by President Donald Trump this month, defence and industry sources said.

Prime Minister Narendra Modi’s government is trying to pull out all the stops for Trump’s visit in a bid to reaffirm strategic ties between the two countries, which have been buffeted by sharp differences over trade, to counter China.

India’s defence purchases from the United States have reached $17 billion since 2007 as it has pivoted away from traditional supplier Russia, looking to modernise its military and narrow the gap with China.

Modi’s cabinet committee on security is expected to clear the purchase of 24 MH-60R Seahawk helicopters for the Indian navy in the next two weeks, a defence official and an industry source briefed on the matter separately told Reuters.

“It’s a government-to-government deal, it is close,” said the industry source.

To cut short lengthy negotiations between Lockheed and the Indian government, the helicopters that will be deployed on India’s warships will be bought through the US foreign military sales route, under which the two governments will agree details of the deal.

Trump is expected in India around Feb 24 on his first official visit to the country, although no formal announcement has yet been made.

Both countries are separately working on a limited trade agreement ahead of the trip, after earlier imposing tit-for-tat tariffs on each other’s imports.

Trump has called India the “tariff king of the world” but the Modi government has been trying to address some of his concerns.

Trade officials have pointed to large-scale US arms purchases, from surveillance planes to Apache and Chinook helicopters, as proof of India’s willingness to tighten strategic ties.

The multirole helicopters will be equipped with Hellfire missiles and are meant to help the Indian navy track submarines in the Indian Ocean, where China is expanding its presence.

Many of India’s warships are without any helicopters because of years of underfunding, and the navy had sought their acquisition as a top priority.

The government outlined only a modest rise in its 2020/21 defence spending to $73.65 billion in the budget on Feb 1, of which a part will go towards making a down payment on the helicopter purchase, a defence official said.

“We expect a positive announcement soon on the helicopters,” the official said, speaking on condition of anonymity because of service rules.

“There are limited resources, but there is an allocation.” The US State Department approved the sale of the choppers to India last year along with radars, torpedoes and 10 AGM-114 Hellfire missiles.

The clearance came after the Trump administration rolled out a new “Buy American” plan in 2018 that had relaxed restrictions on sales, saying it would bolster the American defence industry and create jobs at home.

The United States has also offered India the armed version of Guardian drones that were originally authorised for sale as unarmed for surveillance purposes, the first such approval for a country outside the Nato alliance.