Shafaqna Pakistan:With just days to go before the fifth season of the Pakistan Super League (PSL) kicks off, foreign players in the Peshawar Zalmi team tweeted in Urdu to express their excitement and eagerness to come to play in the country.

“Pakistanis, how are you?” asked England’s Tom Banton in Urdu on Twitter, as he informed fans that he was preparing for his tour of Pakistan.

“I am packing my bags. Are you ready for Pakistan Super League season five and for Peshawar Zalmi’s fours and sixes?”

He is not the only one to tease his arrival. On Monday, Banton’s compatriot Liam Dawson had tweeted “Asalam-o-Alaikum Pakistan”, and said that he was preparing to visit the country.

“Is Pakistan ready for PSL five? Now that the entire PSL is being held in Pakistan, are you ready to fill the stadiums?”

Dawson went on to express his love for local cuisine, saying “my mouth is already watering thinking about chapli kabab and dam pukht”.

The much loved Peshawar Zalmi captain, Daren Sammy, also took to Twitter acknowledging Pakistanis’ love for cricket and saying that he can’t wait to be a part of the Zalmi squad again.

“PSL 5 would mean a lot for the Pakistani people and I can’t wait to join my Peshawar Zalmi family,” he said.

In another tweet early Tuesday, he said: “Pakistan I am on my way. This journey is more than just cricket,” he tweeted.

Javed Afridi, the owner of Peshawar Zalmi, replied by welcoming the player.

The Pakistan Super League 2020 is set to begin from February 20. 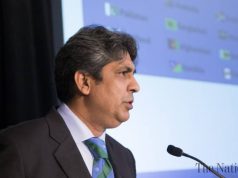 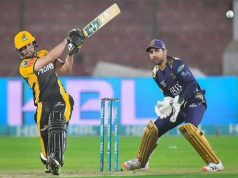