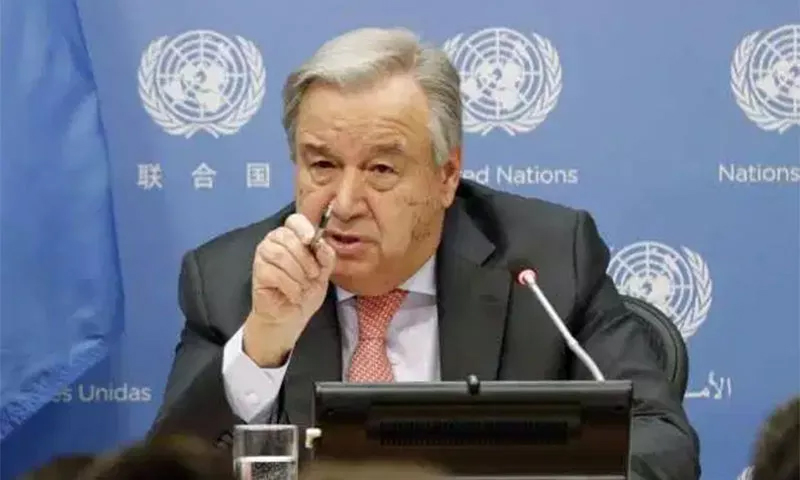 ISLAMABAD: United Nations (UN) Secretary-General António Guterres met with the Afghan refugees, here on Sunday applauded Pakistan for hosting them for a long period at their homeland.

The UN secretary-general met with the refugees from Afghanistan, Yemen and Tajikistan hosted by the country during an event in Islamabad. The refugees shared their experience in the education, business and skill development sectors with the UN chief during their stay.

Speaking on the occasion, António Guterres said that Pakistan is a hospitable country and had especially hosted the Afghan refugees for a longer period. “I am thankful to Pakistan for their hospitality,” he said.

The refugees said that the Pakistani nation has taken care of them in the best possible way. “Even some of us are born in this country which has provided us not only a shelter but also better business and education facilities,” they said.

It is pertinent to mention here that with 4.5 million Afghan refugees who migrated from their country due to ongoing wars since 1970’s, Pakistan hosts second-largest refugees population after Turkey globally.

Even today, a total of 2.7 million Afghan refugees still enjoys the hospitality of the country.

Earlier in the day, UN Secretary-General Antonio Guterres has arrived in Islamabad on Sunday to attend an international conference on Afghan refugees.

During his four-day stay, the UN Secretary-General will call on the President and the Prime Minister. He will also hold a meeting with Foreign Minister Shah Mahmood Qureshi.—INP