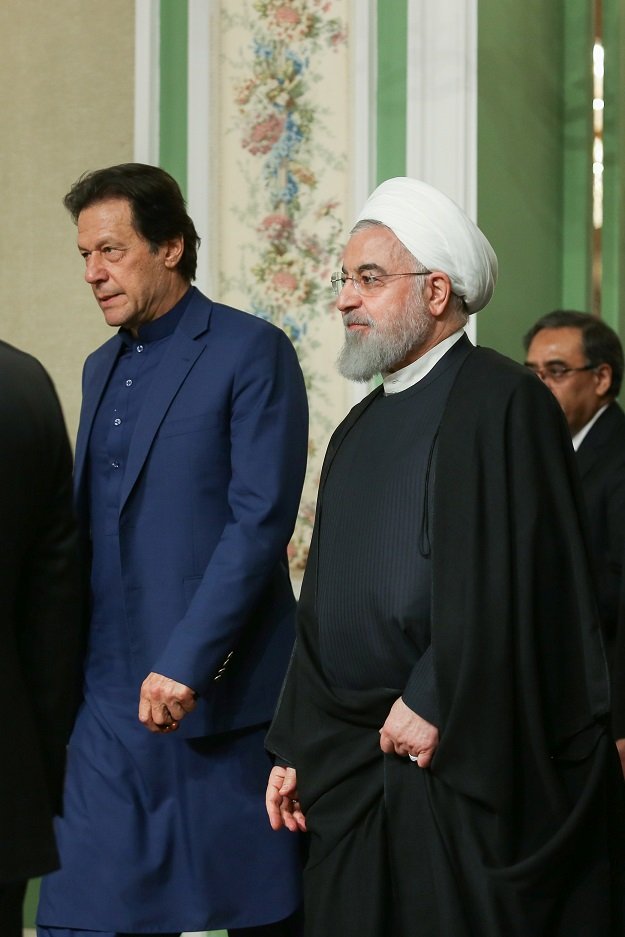 Shafaqna Pakistan:Pakistan on Friday increased its diplomatic efforts for lifting of the US sanctions against Iran in the wake of the outbreak of deadly coronavirus in the neighbouring country, where one person is dying every 10 minutes.

It comes after Iran’s President Hassan Rouhani wrote a letter to Prime Minister Imran Khan, asking him to play his role in the lifting of the sanctions. Diplomatic sources said that Pakistan’s reaction to the Iranian leadership’s request is positive.

Later Prime Minister Imran called for the lifting of “unjust” US-led sanctions on Iran, so that Tehran can better deal with the novel coronavirus crisis. “I would stress and insist to the international community to lift the sanctions on Iran,” Imran said in Friday. “It is very unjust they are dealing with such a large outbreakon one side, and on the other they are facing international sanctions.”

Earlier, Foreign Minister Shah Mehmood Qureshi said in a tweet that at a time when the global community was fighting an unprecedented pandemic, the world leaders should also show compassion towards each other and lift sanctions against Iran.

“Sanctions must be lifted against Iran, in this moment of peril so that it can use its resources to save precious human lives,” he said in his tweet. “We must, as leaders at time of such great challenge and difficulty, show utmost compassion.”

The sources said that Iran had also appealed to Pakistan for help in the wake of COVID-19 outbreak. They added that Islamabad is considering sending aid to Iran and help Tehran contain the virus in the country.

Qureshi in his tweet quoted Iranian officials as saying that one person dies in the country every 10 minute and 50 people get infected every hour. He reiterated that world leaders must adhere to United Nations Secretary-General (UNSG) António Guterres instructions about uniting humanity.

“According to official info, in Iran every 10 mins1 person dies from #Covid19 and 50 people infected with virus every hour. The situation is dire. To echo @antonioguterres world leaders must unite for humanity with an urgent & coordinated global response,” he wrote.

Friction between Tehran and Washington has increased since 2018 when US President Donald Trump pulled the United States out of Tehran’s 2015 nuclear deal with six nations and re-imposed sanctions on the country, crippling its economy.

On Wednesday, the State Department announced new sanctions on Iran. And on Thursday slapped sanctions on five UAE-based companies, accusing them of purchasing petroleum products from Iran last year.

Millions of Iranians are now confined within their own walls. Police, however, said many defied warnings by health officials to stay home and avoid crowds by heading to the Caspian coast, a favorite destination during the Nowruz holidays on the new year earlier this week.

Iran’s Foreign Minister Javad Zarif, in a video message on Wednesday to celebrate the Iranian new year, had said that American sanctions were hampering his country’s ability to fight the spread of coronavirus, which has killed more than 1,400 Iranians to date.

Deputy Health Minister Alireza Raisi said that coronavirus killed 149 more people on Friday, raising the country’s official death toll from the disease to 1,433, adding that 1,237 more cases over the past 24 hours took the national tally to 19,644.