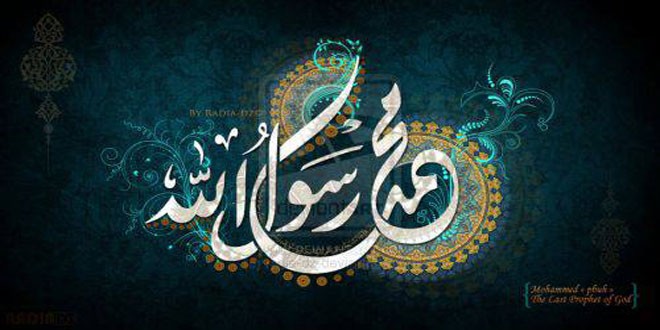 SHAFAQNA – Finally, the appointed moment arrived, the moment which had been foretold by previous Prophets (PBUH) to their followers. At the age of 40, the orphan son of Abdullah attained the exalted station of messenger hood. It was he alone at that time who had prepared for guiding the world with his message for only this great and heavy responsibility could call for such qualities and virtues as he possessed.

Only in such a vast enterprise could the energies of that quintessence of all existence unfold, for the entire being of Muhammad (SAW) was prepared to undertake the grave task of prophethood. If he had not been prepared, in the best possible way, to assume that sacred and fateful responsibility there would have been none other in the world capable of conveying the Divine mission in all its dimensions. It was only the being of Muhammad (SAW) that was capable of stilling the thirst of the world.

While engaged in worship in a corner of the Cave of Hira in the heart of the night, the Prophet who had never studied or attended a school, was suddenly shaken by the summons, “O Muhammad!” – followed by the command to recite, this being the beginning of revelation. A wave arose from the limitless ocean of Divinity, rent the breast of the Prophet, bewildered and anxious, and filled to the brim the cup of his spirit.
The shining of a light from the realm of the unseen covered and enveloped his being and shone forth on his fair features, giving rise to new and bright life in the darkness of the night. Then, with a painful tumult in his heart and bearing on his shoulders the heaviest responsibility conceivable, he set out for home from the Cave of Hira, destined to become the teacher of all human beings and to assume the leadership of humanity on its long march forward.

What force was it that had disquieted him despite his infinite patience, made him anxious despite all his tranquil courage, and plunged his whole being into painful turmoil? Thereafter, the envoy of revelation came repeatedly, reciting verses to him, profound and astounding verses that bore no resemblance from the point of view of style; And content either to the words of the Prophet (SAW) himself, eloquent as they were, or to the conventional prose and poetry of the age.

Although the Arabs of the Age of Ignorance knew neither how to read nor how to write and had no historians, philosophers or scholars, they were famed for the excellence of their poetry and the eloquence of their speech. The Prophet (SAW), however, had never participated before the beginning of his mission in the cultivation of the arts of poetry and eloquence.

His conduct, on the one hand, and the verses of the Qur’an, on the other, both testify that he made no compromises in conveying his message. He conveyed the message that he had been ordered to deliver clearly, unambiguously and in utter contradiction both with the beliefs and inclinations of the people and with his own immediate interests. He loudly proclaimed the revelation he had received to the evil and the ignorant, to a people made degenerate and corrupt by the worship of the idols they had fashioned themselves, and he informed them that their sole salvation lay in the worship of the One God.

The new factor that appeared at a particular time in the life of the Prophet (SAW) and caused him to engage in unprecedented forms of activity was the wondrous phenomenon of revelation, the heavenly message which he as the most lofty and qualified of men had been chosen to receive. Before then, no preliminary effort or particular inclination had been seen on his part that might have led to the bringing about of the sudden and remarkable transformation of the world he was now about to accomplish.

The factor that had this profound effect on Muhammad (SAW), that changed that quiet and reflective man into an explosive source of revolutionary energy and enabled him to bring about such a profound transformation of humanity, from within the intense darkness of the Arabs’ Age of Ignorance, was nothing other than revelation. It was a call that penetrated the very depth of the souls of human beings that melted the marrow of their bones, and directed all their striving to the attainment of perfection.

The command of revelation negated all the false and lying criteria which human beings had regarded as the measure of goodness and considered the sole means of evaluating human characteristics and habits, while, in fact, clothing falsehood in the garment of truth. It brought into operation new and clear criteria which showed human beings the goals to which they should strive to advance and brought about creativity in their lives. The veil of ignorance and silence was torn apart, the human beings’ energies were set to work, the power of thought within them was aroused, and their spirits were borne aloft toward the infinite summit of being.

People who in their ignorance and lowliness would tear each-apart on account of the most insignificant things and had lost all virtue, thanks to their various forms of enslavement, now became, through Islam and its great concept of monotheism – the true pillar of humanity and the breaker of idols – so elevated of spirit and so self-sacrificing that they happily abandoned both their lives and their property. The remarkable stories of self-sacrifice on the part of those early Muslims will stand eternally as examples of true nobility.

The Prophet of Islam had the vision and belief of a world leader, but he began to proclaim his Divine summons to monotheism in a relatively restricted sphere, a closed environment where tribal institutions exercised great influence and idols were counted as the most sacred and beloved of objects. It was an environment that was not in any way prepared to accept the message of Divine Unity.

The heavenly teachings of Islam and the culture to which they gave rise were superior not only to the intellectual atmosphere prevailing in the idolatrous society of the Arabs but also to all the religious doctrines and cultures of that age.

When the Prophet (SAW) first proclaimed his mission, all the Arab tribes were prepared to submit to his rule and assign him all kinds of privilege, but he decisively rejected their proposals. He wished to unite the masses of mankind beneath the banner of virtue and Divine unity, to establish the government of reason and piety, and to guide mankind on the path to eternal felicity.

Today, after the passage of more than 14 centuries, the triumph of the Prophet (SAW) is fully apparent. The Book (Qur’an) that he brought, which includes within it the essence of all heavenly scriptures, guarantees the happiness of mankind, and the noble name of this lofty personage is reverentially mentioned by millions of human beings. His name resounds from all the minarets in the world with a great spiritual splendor, and it will always continue to do so, morning and evening, in accordance with a Divine promise, penetrating the souls of men and illumining their hearts. For Allah in the Qur’an, said:
“We have elevated and borne on high your goodly name.” (94:4)