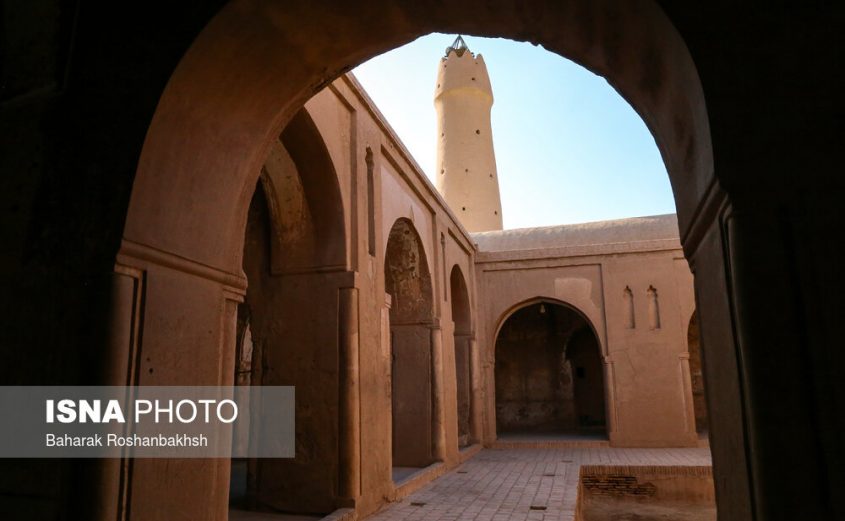 SHAFAQNA- Historical Fahraj Jameh Mosque in Yazd province is believed to be the oldest Jameh Mosque in Iran. Yazd province of Iran is famous for its numerous historical monuments, not only in the country but also in the world. The Mosque of Jahjah Village is a 1400-year-old monument situated in Yazd province. According to historians, the village dates back to five thousand years ago. Some of the local and foreign historians and archaeologists consider the city to be one of the earliest known Iranian settlements, with disputes between local and foreign experts and archaeologists over the exact date of construction of the Fahraj Mosque in Yazd. This issue has become so prevalent that some believe it to be the oldest Mosque built in Iran because of the belief that it dates from the early days of Islam (first century AH). At first glance, you might imagine that because the Mosque of Fahraj in Yazd province has no ornamental tiles or dome, it does not look a bit interesting or intriguing, and that it does not resemble other historical Mosques in Iran, but we can see that precisely the simplicity of this Mosque has made it on the list of Iranian monuments. The architect of the mosque has used the Shabestani map with three openings for its design and construction. The Mosque has two openings on the left and right, as well as a main porch that encloses the central courtyard. The presence of a sharp low arch at the top of each nave is one of the points used in the nave architecture of this monument. In the northwestern part of the Mosque there is a cylindrical minaret with several rooms adjacent to it.