Shafaqna Pakistan:The Ministry of Religious Affairs and the Council of Islamic Ideology (CII) are set to begin consultations with ulema from Thursday to decide whether prayers can be offered at home as opposed to congregations in mosques as the country goes into lockdown to curb the spread of the novel coronavirus.

While almost all Muslim countries combating the virus have banned prayer congregations in mosques without exception, authorities in Pakistan are yet to come up with a clear direction on the matter, even as they push for social distancing amidst unprecedented measures to curb the spread which threatens the country’s healthcare system and economy.

Speaking to DawnNewsTV, Chairperson of the CII, Dr Qibla Ayaz said consultations on the issue will be held via video link a day after tomorrow.

“The problem isn’t the closure of mosques but about offering prayers at home,” Ayaz said, adding that ulema will be consulted on this matter. The CII chief did note, however, that immediate consensus would be difficult, fearing a “long consultation process”.

He said both the council and the religious affairs ministry agreed on taking the country’s ulema on board before a final decision on this was made.

Below, Dawn.com gives an overview of the on-ground situation with respect to closure of mosques and mass prayers across Pakistan.

Sindh
Sindh government, which was the first to order a complete lockdown in its province through a detailed notification, has not announced concrete instructions regarding prayers in congregations. It did, however, say gatherings were to be avoided.

On Monday, the first day of the lockdown in Sindh, Dawn.com reached out to various reporters and citizens from Karachi to see if the mosques in their respective areas were still holding congregations for the five daily prayers. All reports from the city suggested that no establishment had taken the decision to suspend prayer services.

When asked about this, Spokesperson for the chief minister of Sindh, Rasheed Cheema said: “People should understand these matters themselves, not everything needs to be an express instruction. People have been told that they need to be careful while visiting mosques.”

KP
In Khyber Pakhtunkhwa, where schools and government offices have been shut down and inter-city travel has been banned, a notification was issued saying that carpets and mats should all be removed from mosques in order to ensure cleanliness. A separate notification had earlier been issued saying Friday prayers should be conducted in two different shifts, in order to ensure less people-to-people contact within the community.

When contacted, Peshawar Assistant Commissioner Sara Rehman said: “Tableeghi marakiz and madarassahs have been shut. However, mosques are open in the city.”

Adviser to Khyber Pakhtunkhwa Chief Minister on Information Ajmal Wazir said the provincial government was not considering closing mosques at the moment.

“I personally held a meeting with religious leaders from all sects and was assured they will follow the instructions [regarding removal of carpets and holding Friday prayers in two shifts],” Wazir said.

A correspondent from Peshawar, on the other hand, said even though mats and carpets had been removed from mosques in some areas of the city, large congregations were still gathering at the time of each daily prayer.

“Mosques are more packed now than before, more people are now home because of the partial lockdown in the city and in such testing times, their instincts tell them to go to mosques for prayers and to ask God for help,” a member of the Dawn.com team in Peshawar observed.

“Work has been stopped at Swat Tablighi iIjtimah, and all major tableeghi marakiz have been shut. However, mosques are open but people have been advised to pray at home,” said Deputy Commissioner Swat Saqib Raza.

AJK
From Azad Jammu and Kashmir, an observer told Dawn.com that all mosques are running operations as usual. “However, many faithfuls are choosing to pray at home.”

This observer further said mats and carpets had also been removed from various mosques in the areas he visited.

Punjab
Meanwhile mosques in Punjab are also functioning as per routine, even though it has now been confirmed that at least three foreign nationals were infected with the coronavirus while attending the Raiwand Ijtama. Two of these cases were the first two cases of coronavirus to be detected in the Gaza strip.

Other Muslim countries
Saudi Arabia has banned congregations for five daily prayers, as well as Friday prayers all over the country except inside the Grand Mosque in Makkah and the Prophet’s Mosque in Madinah.

Turkey’s top religious authority has also suspended all congregational prayers in mosques, including traditional Friday prayers, but said mosques will remain open for those who want to pray individually.

Mosques in Kuwait, where prayer congregations are banned, went so far as to transform the Azaan or the call to prayer slightly — instead of the usual call that includes Hayya Ala Al salah (come to prayer), muezzins in the country are announcing Al Salatu Fi Buyutikum (pray in your homes) from mosques five times a day.

The transformed call to prayer is rooted in the Sahih Bukhari, which has a narration from Abdullah bin Al-Harith on the Prophet Muhammad (PBUH) allowing for the exact same changes to the Azaan on rainy or muddy days.

Iran and other centres of Muslim faith have also suspended activities at shrines and holy mosques in order to curb the spread of coronavirus.

In Pakistan, for the past two weeks, President Arif Alvi has been suggesting that people should pray in their homes if they feel unwell while, Darul Afta Pakistan, Pakistan Ulema Council (PUC) and leadership of Wafaq-ul-Masajid, Madaris-e-Pakistan have unanimously asked the public to take precautions against coronavirus as per government’s directions as these are in accordance with the teachings of Shariah. 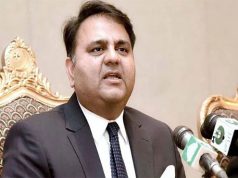 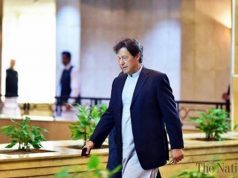 PM Imran will announce package for Sindh on Friday: Haleem 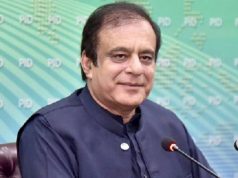 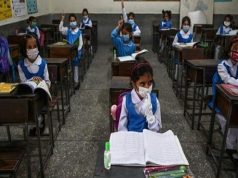 Sindh mulls closure of schools amid spike in COVID-19 cases 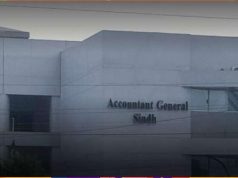 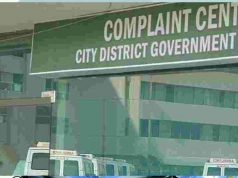