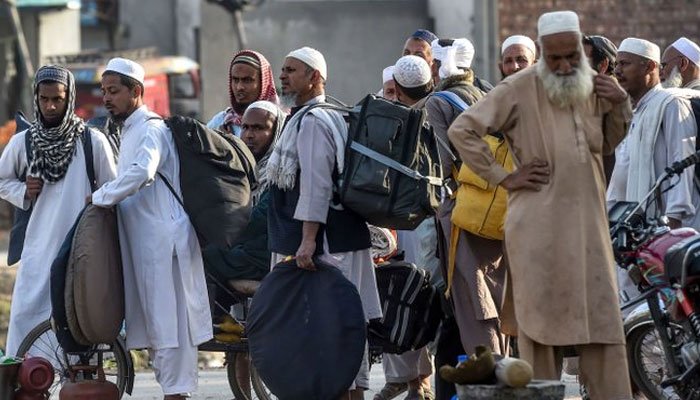 Shafaqna Pakistan:Tableeghi Jamaat members continue to defy instructions not to hold large gatherings while students of religion in Bannu have composed and sung a Pashto duet which makes fun of coronavirus and terms it a fraud.

The Tableeghees held a big gathering of “Shab-i-Juma” at their centre in Mardan from Friday night to Sunday. Hundreds of Tableeghi Jamaat members converged on Par Hoti in Mardan city where their permanent “markaz” is located to pray, listen to speeches, and eat and sleep in a congested place.

Asked if any preventive measures were taken, more so after the death of the first coronavirus patient in Mardan, a Tableeghi who had attended the gathering said they had trust in Allah and no harm would come to anyone of them.

He also revealed that he along with thousands of other Tableeghees spent 40 days at their national headquarters at Raiwind near Lahore recently and no protective steps were taken at the large event. He claimed no member of the Tableeghi Jamaat who attended the Raiwind event had suffered from coronavirus until now.

The video of the two young, bearded students has gone viral after they sang the “tarana” at an event in Bannu district. In the Pashto lyrics, they say that the coronavirus has been made into a “tamasha” (spectacle) even though it a fraud. They advise all not to be misled by the propaganda about the threat posed by the coronavirus.In another video made in Landikotal in Khyber district in Khyber Pakhtunkhwa, a man named Hazrat Umar is surrounded and cheered by a crowd as he provides funny answers to a reporter’s questions. In his view, there is no need for avoiding crowds or embracing people as the threat doesn’t really exist. “I have been embracing people since morning. I haven’t washed my hands for a month, but am fine. “We are Muslims so we aren’t affected by these kinds of viruses.

Hazrat Umar objected to the closing down of mosques and said instead we should pray to Allah to overcome the coronavirus. “We are ready to go to China to look after those affected by the coronavirus and stay in the affected areas. Just open the border and we will be gone,” he remarked. “As for the virus, it is nothing compared to the price hike and the closure of the Torkham border that has affected our livelihoods. This is the real virus and it needs to be tackled,” he added.

Meanwhile, another video that has gone viral shows a police officer ordering his men to detain a shopkeeper of cell-phones in Peshawar because he wasn’t using a hand sanitizer while serving customers who were taking biometrics at his roadside shop. “Put him in the vehicle,” he orders the cops while explaining as to why he was being arrested.

This is a new kind of crime and it would take a while for shopkeepers to realize that they would henceforth have to keep hand sanitizer at hand to avoid getting punished by the cops. 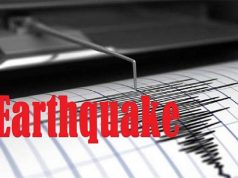 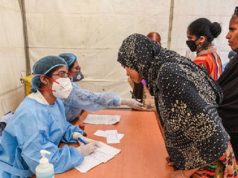 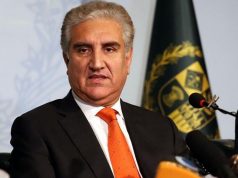 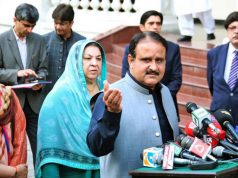 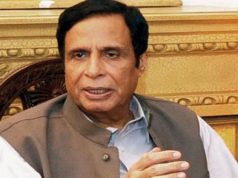 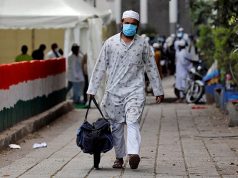