Shafaqna Pakistan: Renowned Islamic preacher Maulana Tariq Jameel is once again facing backlash for giving racist remarks against the African people and terming them ‘ugly’ while addressing the students of Bahria University.

An old video of Tariq Jameel has started doing the rounds on social media, wherein the cleric had categorically termed the African people ‘ugly’ several times in a video of one and half minute time duration. Maulna Tariq Jameel said, “An ugliest Muslim woman of Africa will be 70,000 times more beautiful than the women of heaven.”

People on Twitter are calling out Maulana Tariq Jameel for giving such racist remarks that too during his address to students. Ziauddin Yousafzai, human rights activist and father of Malala Yousafzai took to Twitter and said that Prophet Muhammad (PBUH) had clearly stated, “No white is superior than a black and vice versa, but maulana [cleric] is still saying to the students that blacks especially African people are ugly.”

Recently, after blaming the ‘immodest’ women for the spread of deadly coronavirus in Pakistan during the live telethon, the Islamic preacher was severely criticised for his misogynistic remarks. Later he apologized to the media for saying that most of the TV channels were telling only the lies, however, Maulana Tariq Jameel didn’t apologize to women. 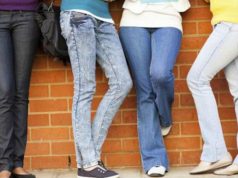