Shafaqna Pakistan: A 25-man Pakistan squad to tour England –– yet to be picked –– will remain under bio-secure conditions for up to three months starting from early June in Lahore to the end of the England tour in August. Players will stay at the National Cricket Academy (NCA) in Lahore from early June to resume training in pairs, and gradually will move to Gaddafi Stadium across the road for three weeks in a larger group setting.

Pakistan are scheduled to play three Tests in August followed by a series of three T20Is, with the matches taking place behind closed doors as part of measures to combat Covid-19. The two boards held a meeting last week in which the ECB talked the PCB through plans to keep players in a bio-secure environment, from the moment they land in the country, with a two-week quarantine period on arrival.

PCB executives held a meeting with players and the coaching staff alongside with the medical department this week. They were briefed about the arrangements for the tour and informed about the possibility of having to stay together from June through the whole of the England tour until their return back home.

“It seems the Pakistan cricket team will have to remain under a strict bio-secure environment for up to three months,” Wasim Khan told media in a statement. “Players will be given an option to withdraw if they are still not satisfied with the provisions that will be put in place; full details will be provided in the coming weeks.” The PCB is creating a bubble that include the training, lodging, catering facility at the NCA and Gaddafi Stadium next door.

A squad of around 25 players –– which will include both red and white-ball specialists –– will gather in early June, starting with a full-fledged medical assessment with players divided into pairs for training sessions. The size of the groups grow every week, until the whole squad is training in together in the last week of the camp.

Players will have to follow strict protocols, and will be given a detailed awareness programme to adapt the “unprecedented situation”. Wasim said last week: “We’re not going to force any player to tour if they don’t feel comfortable.” Babar Azam, Pakistan’s white-ball captain, said last week: “I have complete faith and trust in the PCB. I’m confident before making any decisions, they will ensure the health and safety of their players is not compromised.

If the PCB tells me that it’s safe to go, I will definitely travel. If people are scared and worried about Covid-19, they will naturally be nervous traveling into a territory that has one of the highest reported cases and casualties,” he said. “But, at the same time, I completely understand and accept normal services also need to resume.”

Head coach Misbah-ul-Haq and bowling coach Waqar Younis are working with Dr Sohail Saleem, the head of the PCB’s medical and sports science department, on scheduling the training session in pockets following the principle of medical guidelines. Presently, the Pakistan government hasn’t allowed for the resumption of sports activities in the country, but by the end of the month it is expected to have eased restrictions for elite sportspeople. Although Pakistan have principally agreed to tour England, the tour going ahead will still depend on a number of factors, foremost among them how the UK continues to move slowly and gradually out of the lockdown imposed in the country in late March.

The UK has been among the worst-hit countries in the world by the Covid-19 pandemic, although it is now accepted that it has passed the peak of the epidemic and restrictions have begun to be eased. 18 England bowlers will return to individual training this week. The number of cases in Pakistan is gradually on the rise, with 46,915 confirmed cases to date, but restriction have started to be eased in public places, for example shopping malls ahead of Eid next week. Schools and universities remain in lockdown with uncertainty ahead. 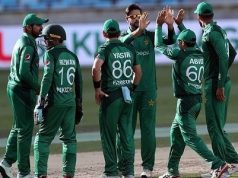 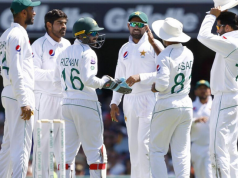 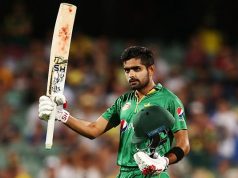 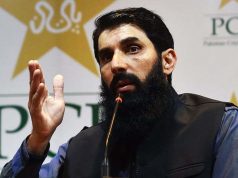 Misbah wants cricket resumption, even if behind closed doors 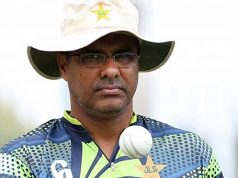