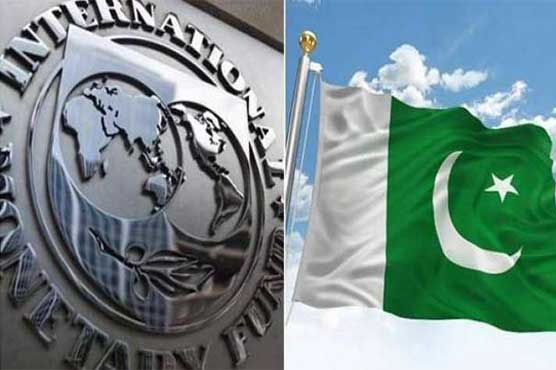 The IMF staff proposed freezing all major non-development expenditures heads, including salaries and defence, in order to bring down primary deficit from projected negative 2.9 percent in outgoing fiscal year to -0.4 percent of GDP in the next budget for 2020-21.

Top officials sources confirmed that the stalled IMF programme under the $6 billion Extended Fund Facility (EFF) could only be revived provided the government demonstrates its ability to present and pass the next budget for 2020-21 to align with the IMF’s envisaged macroeconomic framework.

Any major deviation from path of ‘fiscal discipline’ could derail the IMF programme by creating problems for completion of second review and release of third tranche worth $450 million under the Fund’s EFF programme that was halted after the outbreak of COVID-19 pandemic because the economic realities of the country had changed massively.

However, the IMF extended $1.4 billion under Rapid Fund Instrument (RFI) to support and compensate Pakistan in post coronavirus situation. Now Pakistan is seeking major relaxations in primary deficit/fiscal deficit targets to revive the stalled programme and it will be achievement of the government if it convinces the IMF for allowing hiking in the budget deficit as well as primary deficit for the next budget 2020-21.

The IMF staff, according to official, in its recently held technical level parleys here in Islamabad also recommends for strict policies and warned Pakistani authorities for heading towards ‘unsustainable’ debt trap if the primary deficit was not curtailed from projected negative 2.9 percent of GDP in post COVID-19 scenario in the outgoing fiscal year 2019-20 to negative 0.4 percent of GDP for the next budget 2020-21.

Pakistan’s total debt and liabilities so far touched Rs 42,820 billion, equivalent to 98.2 percent of GDP till end of third quarter (July-March) period of the current fiscal year so it’s heading towards 100 percent of GDP at a rapid speed.

The IMF prescription suggest that Islamabad requires massive fiscal adjustments of 2.5 percent of GDP for bringing down its primary deficit from negative 2.9 percent of GDP to negative 0.4 percent, equivalent to almost Rs 1,150 billion in the next budget through different measures including freezing of salaries and defence budget.

“When G20 countries can cut down salaries of their public sector employees, why Pakistan cannot do it,” the IMF side raised question before Pakistani side and argued that “Charity begins at home” so the government must show its discipline before pursuing others and for creation of fiscal space for diverting resources towards combating COVID-19 pandemic. Pakistani authorities have replied that the inflation remained in double digit and freezing of salaries did not seem feasible. They said inflation has impacted the salaries class the most and 10 to 15 percent increase in salaries and pensions is inevitable.

However, the IMF is suggesting freezing of all major heads of non-development expenditures heads such as freezing of salaries under austerity drive. But Pakistani budget makers are exploring possibilities for rationalisation of expenditure side as proposals were under consideration to continue ban on filling of 67,000 vacant posts at federal level, ban on purchase of physical assets such as vehicles and other goods, abolishing of those posts that were falling vacant from last one year, reversal of monetisation of cars from grade 20 to 22 officers, abolishing funding for vertical schemes for provinces such as health, education, population welfare and others that fall into domain of the provinces in the aftermath of 18th Constitutional Amendment and introducing targeted subsidies of power sector through Ehsaas programme and many others.

The IMF’s prescriptions show that the country’s public finances are expected to come under significant pressure. The primary deficit is now expected to deteriorate to 2.9 percent of GDP in FY-2020 (from 0.8 percent expected earlier) due to a 1.8 percentage point decline in tax revenue relative to the pre-virus baseline, and the needed higher spending to support the health response, social safety nets for the very poor, and employment.

Through ongoing rationalisation of expenditure exercise, Pakistani authorities conceded that there was not much room as the expenditure side of budget revolved around debt servicing, defence and development expenditures. The debt servicing and defence budgets could not be slashed down and frozen and only option left was abolishing ministries and departments. The Ministry of Finance analysed 109 demands in grants of ministries/divisions and attached departments and found it very hard to slash down committed expenditures. The debt servicing is projected to be increased from Rs2,700 billion in outgoing fiscal year to Rs3,150 billion for the next budget despite reduction in discount rate. The buffer stocks placed by the Finance Ministry to the tune of over Rs1,000 billion were also putting extra burden on debt servicing requirements.

The initial assessment by the Ministry of Finance shows that the ban on purchase and other austerity measures could save up to Rs50 billion and the targeted subsidy for power sector could reduce its demand to the tune of Rs50 to 70 billion in the next budget.

Mumtaz Alvi adds: Prime Minister Imran Khan Thursday said that the development needs of the country demanded that full participation of the private sector in uplift projects be ensured, calling the promotion of public-private partnership a matter of urgency.

The prime minister directed Finance Adviser Dr Abdul Hafeez Shaikh to finalise the estimates of development expenditure in consultation with the provinces. He said this while presiding over a high-level meeting on the proposed budget for the next financial year.

The prime minister said that promotion of industrial process and provision of all possible facilities to the business community was the top priority of the present government. He said that the budget should focus on rehabilitation and development of the corona-affected industrial sector, ensuring efficient and effective utilisation of subsidies provided by the government and reducing the burden of unnecessary government expenditure on the people. The prime minister emphasised that the next budget should also focus on reducing non-development expenditure.

Dr Abdul Hafeez Shaikh outlined the revenue and expenditure for the current financial year and estimates for the next budget. He also briefed the prime minister in detail on the budget priorities for the coming financial year.

The prime minister was also briefed on the progress made so far in the reforms of the FBR. 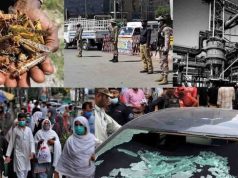 Declare Emergency now: Is this the only way of salvation for Pakistan 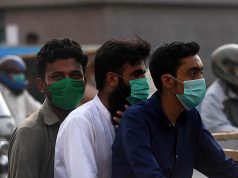 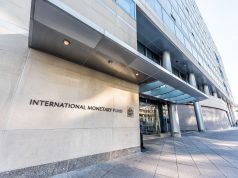 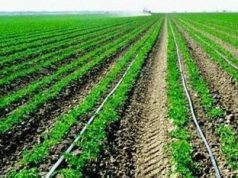 Shafana analysis: Irrigation system, agriculture and role of exports in the economy of Pakistan 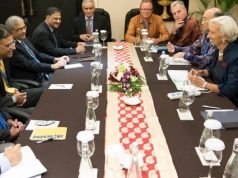 Are IMF Programs A Debt-Trap For Pakistan? 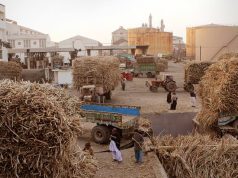 NAB, FIA to power into action: Audit of all sugar mills from 1985