What does the word Shīʿa mean?

The Arabic word, shīʿa, literally denotes ‘a group of people who join together for a particular purpose’ or ‘a follower’, as when the Qur’an says: ‘Verily among those who followed his way was Abraham.’ (Q37: 83). In Islamic parlance, however, the word shīʿa has come to denote three rather different meanings. In one sense, it refers to those who love and support ʿAlī and the descendants of him and Fāṭima who make the Prophet’s Household (Ahl al-Bayt). Loving the Prophet’s Family is an Islamic duty ordained in the Qur’an: ‘Say: “No reward do I ask of you for this except the love of those near of kin”’ (Q42:23). In this sense, ‘shīʿa’ refers to all Muslims, because all of them (except those called nawāṣib, or ‘insulters’) love the Prophet’s Household, even though they may not acknowledge their position leadership. the Imam Shafiʿī – the founder of one of the four Sunnī schools of law – wrote the following famous lines of poetry in praise of the Prophet’s Household:

‘O Household of the Prophet!

Love of you was enjoined upon us by God.

For your dignity it suffices

That prayer will not be accepted without saluting you.’

Another sense of the word ‘shīʿa’ refers to those who believe Imam ʿAlī was greater in knowledge and virtue than the other three caliphs (namely, Abū Bakr, ʿUmar and ʿUthmān) but still consider their reigns to be legitimate. This is especially true of the Baghdad school of Muʿtazila. This meaning of ‘shīʿa’ can be found in Mīzān al-Iʿtidāl and Sayr Aʿlam al-Nubalāʾ of Shams al-Dīn Muḥammad al-Dhahabī, who accuses some traditionists (muḥadiththīn) of holding shīʿi sympathies, including al-Hākim al-Nīsābūrī, who enjoys a high reputation for his role in the preservation of aḥādīth.

The third meaning of the word ‘shīʿa’ refers to those who follow Imam ʿAlī and his descendants after the Prophet’s death because they believe that the leadership of Muslims has been granted to ʿAlī and his progeny. These people consider ʿAlī to be the successor (waṣī) of the Prophet, pointing to the fact that ʿAlī was known to possess that capacity and was referred to as the ‘successor’ in poems and speeches even during the Prophet’s own life.

I would like to explain the beliefs of the Twelver Shīʿa by answering a few questions:

1) Did the situation towards the end of the Prophet’s life necessitate the appointment of his successor by God or by the people?

2) Was the dominant Islamic politics of that time in favour of designating leaders via appointment by God or by the Prophet or through elections and voting by the people?

3) Which of these two options is actually supported by the Qur’an and the Prophet’s tradition?

4) How do the Qur’an and tradition present Imam ʿAlī?

5) Presuming that the Prophet had already declared his decision regarding his successor, why did the Muslims ignore this decision and not let ʿAlī lead them?

6) How and when did the Shīʿa appear at the Prophet’s time and after his death? How do the Twelver Shīʿa designate their leaders?

The following chapters are intended to reveal that the appointment of Imam ʿAlī by God is attested to by the Qur’an and the Sunna.

Chapter 1: The social situation at the time of the Prophet’s death

It is important to have a proper understanding of the situation of the Muslim community in Arabia at the time of the Prophet’s death. By analysing this situation, we aim to answer the first of our aforementioned questions and show that the social conditions of the time necessitated the appointment by God, via the Prophet, of a pious and knowledgeable man as the Prophet’s successor.

The still nascent Muslim community faced three dangers in the Prophet’s final years. The first danger was posed by the Byzantines, who were effectively at war with Muslims. The Prophet had led an army of thirty-thousand fighters to a place called Tābūk to fight the Byzantines in the year 9/630, but they had already withdrawn and no battle took place. In general, however, the Byzantine Empire aimed to capture the Arabian Peninsula and to overthrow the new Muslim nation.

The second potential danger came from the Sassanian Empire. Several years earlier, their king had received the Prophet’s letter calling him to Islam. The king became so angry upon reading this letter that he ordered the Governor of Yemen to either detain the Prophet or cut off his head and send it to him.

The third source of danger were the hypocrites (munāfiqūn), who were always busy conspiring against the Muslims. Led by a man named Abū ʿĀmir, the hypocrites built what came to be called the Mosque of Ḍarār as part of a plot to assassinate the Prophet. Later, Abū ʿĀmir left Medina for Mecca to provoke the Meccan pagans against the Muslims before fleeing to Byzantine lands, but he kept in touch with his contacts within Muslim territory.

Due to these sources of trouble, the Prophet needed to appoint a capable and knowledgeable successor before his death. This would prevent any disagreements concerning the issue of succession, which could pave the way for the enemies of Islam to take advantage of the situation and accomplish their own goals. For example, when Abū Sufyān (who had outwardly converted to Islam but still remained a pagan at heart, and thus should be called a hypocrite), heard about the event of Saqīfa (at which Abū Bakr was appointed the first Caliph after the Prophet), he went to ʿAlī and, namīng him the true successor to the Prophet, hypocritically offered his allegiance. He said to ʿAlī: ‘I am here to pledge my allegiance to you and to tell you that I am ready to fill up Medina with an army of fighters to support your claim.’ Aware of Abū Sufyān’s plot to take advantage of the situation against the unity of Muslims, ʿAlī replied: ‘By God, you intend by this offer of allegiance to me nothing but destroying Islam, for you have been long preparing for this. I do not need your help.’ Disappointed by ʿAlī’s response, he would go around in Medina reciting the following lines of poetry to goad Banū Hāshim tribe (to which the Prophet and ʿAlī belonged) into revolting against the Caliph appointed at Saqīfa:

‘O, Banū Hāshim! Let not other tribes take away your prerogative,

You deserve leadership (of Muslims) and you should have it.

Nobody else deserves to be the leader but ʿAlī.’

As Muḥammad Bāqir Ṣadr also notes in the introduction to his Tārīkh al-Imāmiyya, we can imagine three options for the Prophet with regards to the future of the Muslims:

First, the Prophet could leave the future of his followers wholly to themselves and worry leading them during his own life only. Ṣadr rejects this possibility because he thinks that it is based on two unacceptable assumptions: First, that the Prophet’s indifference to the future of the Muslims would not be harmful since they were able to solve their own problems and prevent any deviations in religion. For Ṣadr, however, this assumption is unreasonable because the Prophet would be leaving people who, in their new faith, had never experienced an absence of leadership. Therefore, he could not be sure about their success without his own planning for their future. The second assumption that might justify the Prophet’s lack of planning for the future of the Muslims is that the Prophet only cared about the situation of the Muslims in his own life time, and not about their future. But such an assumption is equally wrong, Ṣadr adds, because it is not the kind of attitude expected from prophets – people who dedicate their whole lives to helping human beings for the sake of God.

Secondly, Ṣadr says it could be imagined that the Prophet, caring and worrying about the future, decided that his successor should be chosen by a council of the Helpers (Anṣār) and the Emigrants (Muhājirīn), because they represented the entire Muslim community. But Ṣadr rejects this option too. This is because the Prophet was living amongst people who had an established tribal system of leadership where the leader either inherited his status or obtained it by force. Furthermore, the Prophet had not familiarized the Muslims with, or prepared them for, engaging with and accepting a system of leadership which was based on councils and elections. He had not taught Muslims the rules, regulations, nature and delimitations of such a kind of government. The lack of such teachings could be confirmed by the fact that while the first Caliph, Abū Bakr, was chosen via an agreement of sorts between some Emigrants and Helpers at Saqīfa, the second Caliph, ʿUmar b. Khaṭṭāb, was appointed by the first Caliph, Abū Bakr, and the third Caliph, ʿUthmān, was chosen from a council of six individuals appointed by ʿUmar. In other words, the first three caliphs were appointed in three different ways.

The third and last option thus would be for the Prophet to appoint a knowledgeable and pious man as his successor and, in this way, prevent any possible conflict and confusion in the Muslim society. This is the option which the Shīʿa argue for, based on a study of the Muslim society of the Prophet’s day (Ṣadr, Tārīkh al-Imāmiyya, 5–16).

We will provide more details on this topic in the next chapter. 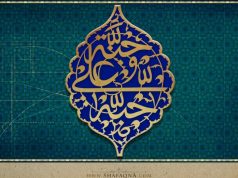 Who are the Shia Muslims? 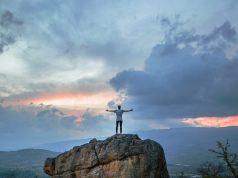 Shia Islam leads the anti-terror movement in the US