Shafaqna Pakistan: Khwaja Asif’s speech in the National Assembly last week was bombastic as well as intriguing. As usual, he chastised the Prime Minister for the governance deficit in the country. The difference this time was that his tone was extraordinary aggressive.

It was as if a wolf sensing certain defeat in its prey is about to pounce head on without the fear of reprisal. And this was no surprise for his speech was preceded by an MNA from the ruling party speaking against his own party, criticizing the leadership for not providing sufficient development funds for his constituency.

Sardar Riaz Mazari from Rajanpur probably gained this sense of courage after watching Fawad Chaudhry’s twenty-four-minute-long interview, where the Minster indirectly called out his leader for failing to control the infighting within the party and not including elected party leaders in important decision making processes. He berated not Imran Khan but the failures of the party and its government in leading the country amid serious crises.

It is evident after two years of this ramshackle government that while Khan can appear as a statesman in the international arena, his skill in managing both the governance and political aspect of his job is virtually non-existent.

This is not for a lack of trying. When party stalwarts, including Fawad Chaudhry, talk about his work ethic, they commend him from being in meetings from dawn to dusk, paying close attention to the disparate reports his various cronies present to him, desperately trying to make sense of the ground situation, at times empathising with the poorest of the society, at other times expressing his sheer annoyance and anger at the multifarious mafias which control every facet of industry in Pakistan. There is no doubt that he is well intentioned, that he works tirelessly, but chroniclers of history say that politicians are born not made.

Imran Khan after all is no Maharaja Ranjeet Singh. He may be an ex-cricket maverick, a larger than life celebrity in his heyday in the 80s and 90s, a lothario par excellence, but alas politics is not his forte. Imran Khan has this knack for saying the wrong thing at the wrong time, incorrigibly hurting himself. Did he really have to call Osama bin Laden a “Shaheed”? There was no point of it unless it was done at someone else’s bidding. That too is doubtful.

Khan is pliant to the powers that be, pleasing them as he rightfully alluded in his more than hour long monologue by his foreign policy successes, which included India winning a non-permanent member seat in the United Nations Security Council – securing 184 votes in the 193-member General Assembly including Muslim countries who otherwise enjoy brotherly relations with us. In all seriousness though, Khan is well respected in the international community and would be despite this gaffe. The Minister for Science was right: there is no leader of his stature in the Muslim world. Even the ones who have greater power are either not well-liked or controversial such as Erdogan and Muhammed bin Salman.

An ally of the government, Akhtar Mengal has already announced his separation from the government. MQM-P so far is with the government and attended the dinner hosted by the PM for the ruling party and its allies. The Chaudhrys of Gujrat cited prior commitments for not being able to attend. The only purpose this dinner intended to achieve was to placate the party members as well as the non-party members to vote for the upcoming budget.

This means that the government operating on a razor thin majority is apprehensive about the budget getting passed and why would it not be when some of its own MNAs have started quitting or questioning the leadership. One of the founding members, Najeeb Haroon, quit in April claiming that since he could not do anything for his constituency, what rationale did he have of staying in the national assembly? There would be no such heated discussions in the cabinet and finger-pointing if this were an effective government headed by a strong leadership.

Champions of Imran Khan such as Faisal Vawda can keep on calling him their “father” and claim that it’s only in non-dynastic and genuinely democratic parties where such issues can be discussed openly.

But even he knows that infighting and open disagreement within important party members is not a sign of democracy but of Imran’s weakness. This is because even in the most democratic of societies, cabinets present a united front and never cast any aspersions on their titular head. In the White House, the moment Mattis or Bolton stepped out of the line, they were ousted.

A seasoned analyst like Sohail Warraich, the same fellow who conducted Fawad’s interview, can say that in a parliamentary system of government anyone can become Prime Minister and there might be truth in Faisal Vawda’s outburst in the last cabinet meeting: Shah Mehmood Qureshi and Asad Umar might be harbouring desires to become Prime Minister. Even Fawad Chaudhry has started openly questioning the established order because he might be sensing the impending doom in PTI’s fortunes and wants to be fired from his role so that he can salvage a moral victory for himself.

As a founding member of PTI from Balochistan recently quipped, the Pakistan Tehreek-e-Insaf has become an olx.com of sorts where the highest bidder can secure a party ticket. This is true because the party possesses no ideology. Fighting corruption is not an ideology.

All my countrymen who voted for the party and still see it as a bastion for their hopes do so because in the last two decades they have experienced all kinds of dispensations: direct rule by a military dictator, by the paye and nihari devouring Mian brothers, by that greatest Bhutto of them all: President Asif Ali Zardari. After experiencing the joys of living under all these dispensations, they wholeheartedly decided to give a new man a try for this man was very persevering. Once the public started seeing a ray of hope effectively built up by one of our ex-guardians Gen. Shuja Pasha, the permanent establishment made sure that he was installed as our Premier.

Even if the public by now is tired of their odd decision and wants to repent and get a new hired gun for the top post, the likes of our erstwhile guardian still have not given up on Khan. And it is for this very reason that Prime Minister Imran Khan is likely to continue as Prime Minister; not because he is very skilled in the art of power politics with tremendous aptitude for the job.

He is going to continue rather because he has a mindset of never giving up instilled in him first in the fields of Aitchison and then in the cricketing hollows of Lords and Sussex and numerous other counties. There too, he was neither a natural bowler nor a natural batsman. It was only his propensity for hard work and dogged determination which made him one of the greatest cricketing all-rounders and captains.

He led Pakistan to the dizzying heights of cricketing prowess, culminating in the 1992 world cup where the team snatched victory from the jaws of defeat. All drawn out by the time of their match with England, fortune favoured in the shape of torrential rains. Here too, we await a fortune. That fortune will be the death and misery which this pandemic will unleash in a noticeably short time.

Then maybe our Captain will wake up from the make-believe world he has carved out. Granted that leading a nation of 220 million is a world apart from leading a team of 12, but I have hope and belief in him because as Fawad Chaudhry rightly said, there are no alternatives. 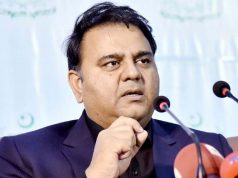 First batch of locally-produced ventilators handed over to NDMA 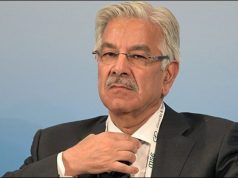 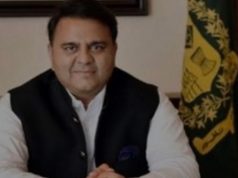 Yes we have failed to deliver: Admits Fawad Chaudhry 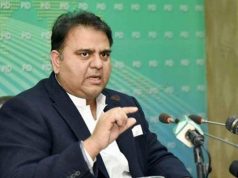 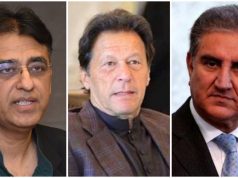 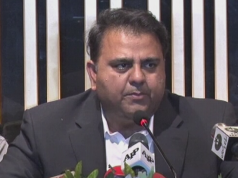